The UK's Treasury Department will be regulating stablecoins in a move that is set to create a healthy environment for stablecoin issuers and service providers. 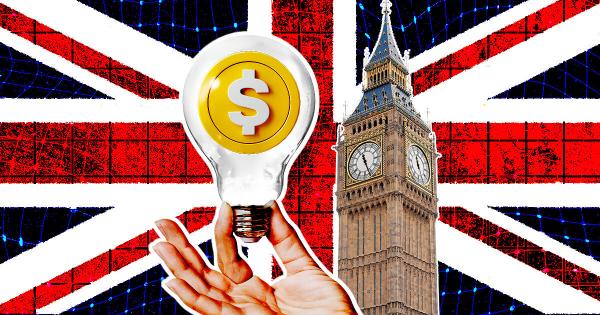 UK’s exchequer has just affirmed its vow to regulate stablecoins to create a healthy environment for stablecoin issuers and service providers, given the recent TerraUSD (UST) and Terra (LUNA) market crash.

While panic and uncertainty still loom over the digital asset industry, some government agencies have been quick to show their support for cryptocurrencies.

The UK’s Treasury Department is one of these institutions. In a new report, a spokesman from Her Majesty’s Treasury issued a statement saying:

“Legislation to regulate stablecoins, where used as a means of payment, will be part of the Financial Services and Markets Bill which was announced in the Queen’s Speech.”

Is the UK Bullish on Crypto?

This is a positive stance for the crypto industry as it is set to create “financial stability and high regulatory standards so that these new technologies can be used reliably and safely” added the spokesman.

In the Queen’s Speech delivered about a week ago by Prince Charles, crypto-assets were explicitly mentioned in two of the bills put forward with the UK’s top budgetary official and chancellor of the exchequer, Rishi Sunak, saying:

“Plans are underway to ensure the UK’s financial service industry is always at the forefront of technology and innovation.”

According to a detailed plan unveiled by the British government, plans to make the UK a “hospitable place for crypto” include establishing a dynamic and forward-looking regulatory regime for crypto-assets and related businesses.

The British government is even looking to work with the Royal Mint to create an NFT to be distributed by summer in a move that is a digital extension of the Royal Mint’s commemorative coin program.

This would make the UK one of the first countries to have an NFT minted by a state-run institution.

Regarding stablecoin regulation, the recent terra UST and terra LUNA market crash has put stablecoins under scrutiny, with many in the industry calling for stricter regulations.

In light of this, the UK’s Treasury Department’s commitment to regulate stablecoins is a step in the right direction to create much-needed certainty in the industry.

The stablecoin maintains a stable value through a series of algorithms that adjusts supply and demand. However, the recent market crash has put the stability of algorithmic stablecoins into question.

As added by the HM Treasury spokesman,

It is yet to be seen how the UK will approach the regulation of stablecoins. Still, this commitment from the Treasury Department is a positive sign for the industry as the UK government continues to monitor the broader crypto asset market.

What other Jurisdictions Plan for Stablecoins

Apart from the UK, other countries such as the United States, China, and Japan have also made moves to regulate stablecoins.

The United States, in particular, has seen its US Treasury Secretary (Janet Yellen) urge Congress to approve federal regulation on stablecoins.

In China, the government banned financial institutions and payment companies from providing crypto-related services even as the People’s Bank of China issued a whitepaper on its e-CNY (digital yuan) project.