Ethereum is up 12% and trading at $1,886 following news of the successful completion of the Goerli testnet merge. 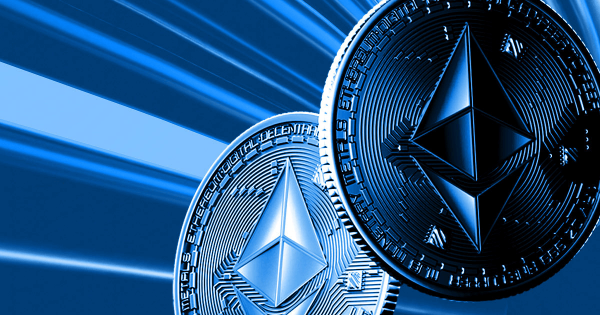 Ethereum’s (ETH) Goerli testnet completed its merge with the proof-of-stake consensus mechanism in the early hours of August 11.

The Goerli testnet has been successfully merged and is now a full Proof of Stake chain.

Next up is (finally) the Ethereum mainnet!!

The Merge is coming 🐼

Goerli is one of the most active Ethereum testnet. The merge was completed around 1:45 UTC after Terminal Total Difficulty (TTD) exceeded 10,790,000.

pandas on the screen! pic.twitter.com/0nYll6gImH

The testnet merge started on August 4 following the Bellatrix upgrade to Prater, the Goerli beacon chain.

And we finalized on goerli 🚀🚀🚀
There was some confusion on the network because of two different terminal blocks and lots of non-updated nodes, so we didn't finalize earlier. We're still looking into whats happening, but so far it looks quite good

But it wasn’t without some minor issues. Ethereum developer MariusVanDerWijden tweeted that:

“There was some confusion on the network because of two different terminal blocks and lots of non-updated nodes.”

However, Wijden added that the developers were looking into what happened.

All eyes on September

With the success of the Goerli testnet merge, the likelihood of the final merge happening in mid-September has grown significantly.

The Ethereum Foundation called the event the “most significant upgrade in the history” of the blockchain network.

“I’m very excited to see these final steps to the Ethereum proof-of-stake switch being completed. It’s exciting that the second biggest blockchain is getting to the point where it can cut its energy usage by about 99.95%.”

Ethereum’s price has reacted positively to news of the merge, with the asset rising by 12% to $1886, as of press time.

The green run continues the positive sentiments surrounding ETH since news of the merge arrived.

CryptoSlate research revealed that the “current rally could be attributed to speculation as traders race to post profits ahead of the upcoming Merge.”

“We believe this turn-around in investor sentiment is due to greater clarity on the timing of The Merge where Ethereum shifts from proof-of-work to proof-of-stake.”

According to JP Morgan analysts, the broader industry might have found a bottom thanks to the Ethereum merge. It said this in an August 8 note to clients.

“We think the real driver has been the Ethereum merge and positive data following the launch of the Sapolia [sic.] testnet in early July and Ropsten testnet in June, indicating the Merge is viable in 2022.”