Similar to how Moonriver ushered deployments and usage to Kusama, Moonbeam is expected to bring new activity to Polkadot. 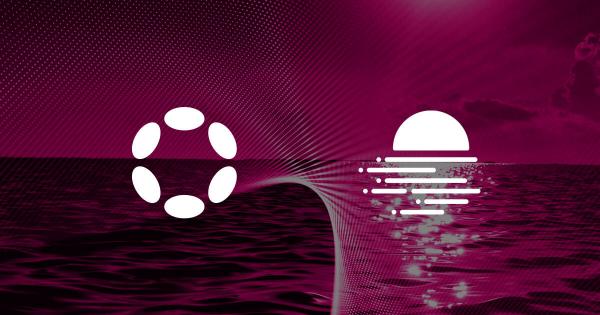 The day of the long-awaited launch has dawned, as Moonbeam, an Ethereum-compatible smart contract parachain, went live on Polkadot.

With the completed launch process, the winner of the second slot auction became the first fully operational parachain on Polkadot–ready to welcome the deployment of over 80 projects.

Moonbeam is expected “to light up Polkadot’s ecosystem” with activity in the same way that Moonriver, brought dapps and usage to Kusama.

1/ 🚀​ Moonbeam is LIVE on @Polkadot! 🔥 We are excited to announce that Moonbeam is the first fully operational parachain on Polkadot. Moonbeam will bring many new integrations, activity & users to light up Polkadot’s ecosystem. ⚡ #MoonbeamLightsUphttps://t.co/yBhgyWwaRn

In the following weeks, a variety of infrastructure projects including bridges, multi-sig support, The Graph, Chainlink oracles, and more will go live on the parachain.

Moonbeam’s long-anticipated launch follows a highly successful crowdloan campaign, which was hosted by the Moonbeam Foundation.

In fact, the EVM-compatible smart contract platform set a new precedent for crowdloans–having both the largest number of contributors (over 200,000 supporters around the world) and the highest amount of DOT (35 million DOT, equating to $944 million at the time) received by any parachain.

The first 30% of crowdloan rewards (45 million GLMR) were distributed to participants based on the percentage of their contribution, while the remaining 70% (105 million GLMR) will be linearly vesting over the 96-week parachain lease period.

Now that Moonbeam’s native GLMR tokens are transferable, users can connect Moonbeam to MetaMask and start using them.

GLMR was trading as low as $11 earlier today, according to CoinMarketCap.

The parachain’s Ethereum compatibility enables developers to deploy existing Solidity smart contracts and dapp frontends to Moonbeam with minimal changes while benefiting from the security of the relay chain, as well as integrations with other blockchains connected to Polkadot.

When the block production and decentralization were implemented and verified as running smoothly, the final phase of the launch commenced.

During the final phase of the launch, the superuser key (Sudo) was removed and the EVM and balance transfers were enabled.

Balance transfers enable collator staking, crowdloan rewards distribution, and also allow users to participate in the on-chain governance. At this stage, the active set of collators was increased to 48.

Acting as full nodes of the relay chain, collators–one of the key features of Polkadot’s multichain design–allow sending messages from one parachain to another.

In a sort of maintenance role, they aggregate parachain transactions from users and produce state transition proofs for relay chain validators.