EOSIO successfully implemented its first ever consensus hard fork in its v1.8 upgrade. 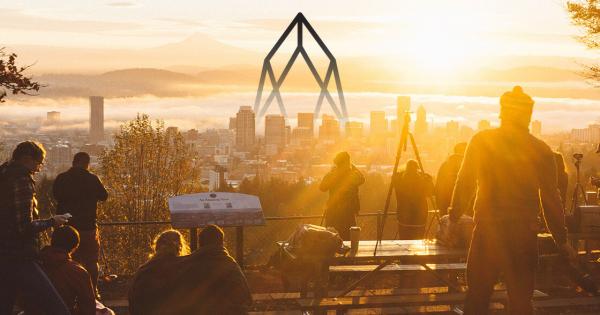 EOSIO successfully implemented its first ever consensus hard fork in its v1.8 upgrade. The new version brings “major enhancements” to the blockchain in hopes of “paving the way for a more secure and scalable future.”

Improvements to the EOSIO blockchain

The version 1.8 upgrade focuses on allowing users to interact with the EOSIO blockchain more cheaply and with more functionality than previous iterations of the network.

According to block producer EOS Authority’s breakdown of the upgrade, v1.8 will help users in four ways: provides the ability to bill network resource usage to external accounts, faulty (“deferred”) transactions are more easily rectified, using dApps will cost less than before, and the security of the network has been “enhanced.”

While details of the upgrade were revealed months ago, activation of v1.8 comes shortly after EOSIO was exploited through a network resource congestion attack. For just $1,200 an attacker was able to render the network “unusable” for two hours for many users while siphoning over $110,000 in EOS from the gambling dApp EOSPlay.

More technical members of the community argued that the latest upgrade will prevent future instances of network congestion attacks from taking place.

EOS developer Phil Smith told CryptoSlate the network upgrade would allow dApps to maintain a minimal level of activity, even during periods of network clog—a network characteristic that was fatal to EOSPlay as it was exploited.

Laying the foundation for EOS “Voice”

Version 1.8 is purportedly key to Block.one’s next large initiative—Voice.

“Through a truly self-sustaining economy of ideas, users will directly benefit from their ideas and engagement on the platform,” Block.one asserted, seemingly trying to set the flagship social media platform apart from incumbents like Facebook and Instagram.

As of yet, there haven’t been many concrete updates on much-promoted platform. Though, Blumer has said the platform will give “influencers” the opportunity to earn millions. EOS Authority stated that v1.8 is “essential in launching Voice.”

The latest update enables one key feature Voice needed: allowing developers to assume the cost of network resources. Now, dApp developers—including the team behind Voice—can opt to pay for network resources, like RAM and CPU, on behalf of users.

The latest upgrade is another step toward improving the EOSIO blockchain while addressing some of the concerns in the wake of the network congestion exploit. Though, the upgrade went live within the last 24-hours, so the community’s full reaction to the changes are yet to be seen.