Bitcoin bore witness to some intense volatility overnight that rivaled that seen in mid-March. 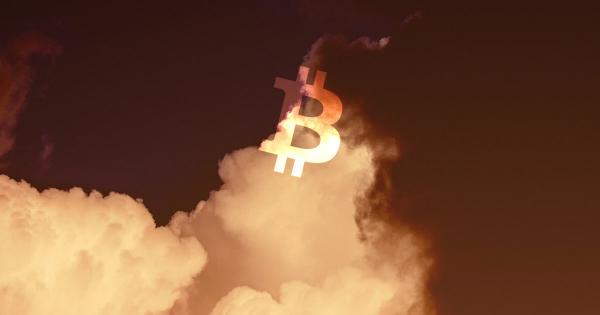 Bitcoin bore witness to some intense volatility overnight that rivaled that seen in mid-March.

Although the cryptocurrency’s losses were somewhat limited following its intense rejection at $12,000, the speed at which its price declined was jarring.

In the aftermath of this movement, bulls have been striving to establish the lower-$11,000 region as support, but the lack of any strong reaction to this price region makes the strength of this level questionable.

One economist is now noting that the “blowoff top” formed by Bitcoin is strikingly similar to that seen by both silver and gold last week.

Despite this being overtly bearish, the two precious metals were able to rapidly extend their uptrends after posting these technical formations.

He believes that Bitcoin will follow in their tracks.

Overnight, Bitcoin bulls roared as they sent the benchmark cryptocurrency up to highs of $12,000.

This movement came about in tandem by a similar upswing seen by Ethereum – which reached highs of $415 before losing its momentum and declining as low as $300 on some trading platforms.

From this point on, bulls have been attempting to establish this price region as a level of support, although they have not yet been able to post any notable reaction to this level.

At the time of writing, Bitcoin is trading down over five percent at its current price of $11,180.

Because its weekly candle close is fast approaching, it will likely see further volatility as bulls and bears battle for control over the digital asset’s short-term trend.

While speaking about Bitcoin’s rejection at $12,000, Alex Krüger – a popular crypto-focused economist – explained that this price action has resulted in BTC forming what is called a “blowoff top.”

Despite being a bearish sign, he notes that both gold and silver posted a similar technical formation just last week, with the resulting decline being quickly followed by an extension of their uptrends.

“That was a blowoff top in ETH and BTC last night. A blowoff doesn’t have to be the top. Silver and gold had a blowoff top last week. See how similar charts are in the days and minutes preceding the crash. Bigger picture remains unchanged. Higher highs ahead in 2020 IMO.”

Because the economic backdrop that is currently influencing Bitcoin has pulled gold up to fresh all-time highs, there is a strong chance that BTC’s uptrend is far from being over.