The crypto market is not one for the faint-hearted. 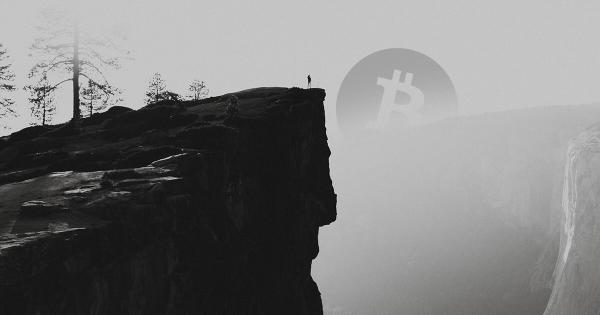 The crypto market is not one for the faint-hearted. And in true fashion, Bitcoin and other cryptocurrencies suddenly plunged over 10-15% earlier today before quickly recovering.

But the recovery didn’t necessarily bear well for some traders: Close to $1 billion worth of Bitcoin and Ethereum longs were liquidated in the move.

At press time, Bitcoin trades at $11,280, with short-term charts pointing to further downside. However, the four-hour and daily charts continue to indicate strength, with the pioneer digital asset remaining above its 34-day and 50-day exponential moving averages (EMAs).

The move took out over $800 million to $1 billion in longs. The Block director of research Larry Cermak tweeted:


If we look at liquidations across all futures markets across all assets, $1.1 billion worth of futures positions of more than 70,000 traders were liquidated. Nearly $400 million was liquidated on each OKEx and Huobi; followed by BitMEX ($164M) and Binance ($86M). pic.twitter.com/KCWYFj0QV7

He noted that the largest single liquidation order (worth about $10M) happened on BitMEX’s Bitcoin perpetual swap, adding:

“Most of the liquidations, about $647 million, came from Bitcoin’s futures, followed by Ethereum with $165 million of liquidations.”

The volatile move was the most in recent weeks. Bitcoin largely traded between $9,200 – $9,500 for most of June and July, but developments around Ethereum and the DeFi market has resulted in positive inflow towards the broader cryptocurrency market.

A similar move was last seen in mid-March on “Black Thursday,” when Bitcoin fell over 45% in two trading sessions for no fundamental reason. Prices slowly recovered at the time and even surged in the run-up to Bitcoin’s halving event on May 12, but ranged in a narrow price band since.

Today’s drop comes after Bitcoin rose nearly 30% in the past week from $9,300 to over $12,000. Other cryptocurrencies followed suit, with Litecoin, Zcash, Ethereum rising between 20-35%.

Meanwhile, data shows American citizens have poured in over $67 billion into Bitcoin and other large-cap cryptocurrencies since the start of 2020; indicating massive retail interest and new money entering the market.