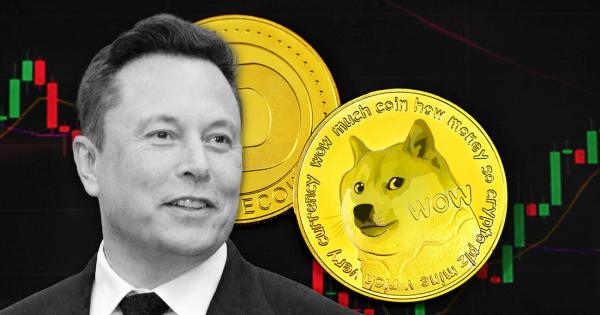 The recent tweet of Elon Musk accepting Dogecoin as payment for some of its Tesla Merch has greatly impacted the prices of Dogecoin. The token has surged past 20% after Musk’s tweet and is currently trading at $0.1807.

Musk has frequently supported Dogecoin and has openly talked about how it’s better than most cryptocurrencies at present.

“Fundamentally, bitcoin is not a good substitute for transactional currency. Even though it was created as a silly joke, dogecoin is better suited for transactions.” Musk said in an interview with Time Magazine.

Musk is often referred to as Dogefather due to his ability to influence the prices of Dogecoin via his tweets, one of his social exchanges on Twitter addressing Dogecoin as “people’s crypto” had compelled the token to soar roughly 5859%.

Dogecoin initially began trading in 2013 after seeking inspiration from a Japanese Shiba Inu meme, which inspired the currency to refer to itself as Dogecoin.

Musk has not yet revealed the names of selected merchandise that can be purchased via Dogecoin. The electric car maker has long been a supporter of Dogecoin and has openly declared his liking for the meme currency by disclosing his private holdings that include substantial amounts of Bitcoin, Ethereum, and Dogecoin.

Out of curiosity, I acquired some ascii hash strings called “Bitcoin, Ethereum & Doge”. That’s it.

As I’ve said before, don’t bet the farm on crypto! True value is building products & providing services to your fellow human beings, not money in any form.

As per CryptoSlate data, Dogecoin, which was experiencing a sharp decline in price, rose approximately 20% following Musk’s tweet. The prices of Doge at present are trading at $0.1807 while prices of Bitcoin and Ethereum have declined 1.70% and 3.01% over the past 24 hours.