The British asset manager perceived the glut of the bull market as its cue to pull out. 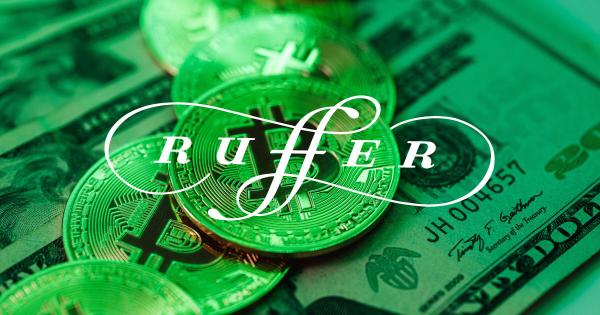 Ruffer Investment Company Limited invested roughly $600 million in Bitcoin (BTC) in November 2020 but sold its exposure in April, while the crypto was still pumping and its price fluctuated between $50,000 and $65,000, profiting more than $1 billion in about five months.

According to Ruffer’s year-end review for the 12 months ending June 30, 2021, the British asset manager perceived Bitcoin was “exhibiting the characteristics of a risky, speculative asset and therefore no longer fulfilled the portfolio role” it had intended for it “as a protective and diversifying asset.”

From an emerging store of value to a speculative asset

“The rationale was that Bitcoin was an emerging store of value and institutional investors would move to adopt it as digital gold,” read the “portfolio changes” section of the review, explaining Ruffer’s initial investment.

But as the section continues, Ruffer’s review addresses the reasons behind the sale.

NFT bubble part of the “froth”

NFT sales topped $2 billion in the first quarter of 2021. It even saw digital artist Mike Winkelmann, popularly known as Beeple, selling his work NFT for a record $69 million at a Christie’s auction, the trend was spreading through the mainstream culture.

NFTs rapid and massive exposure steamrolled through social media, which got squarely included in the hype as Jack Dorsey, CEO of Twitter, sold his first tweet as an NFT for $2.9 million, while TikTok and Youtube NFTs followed.

From politics to sports, NFTs got rapidly intertwined with every aspect of popular culture and as the massive exposure that caught the wave of the last bull market surpassed the adoption and infrastructure, both advancing but at a slower pace, the mainstream hype cooled down significantly, though the sector’s $13.83 billion market cap suggest this market niche is nowhere close to being exhausted.