Throughout the past month, Ethereum has outperformed most major cryptocurrencies to become one of the best-performing assets amidst a strong bitcoin upsurge. 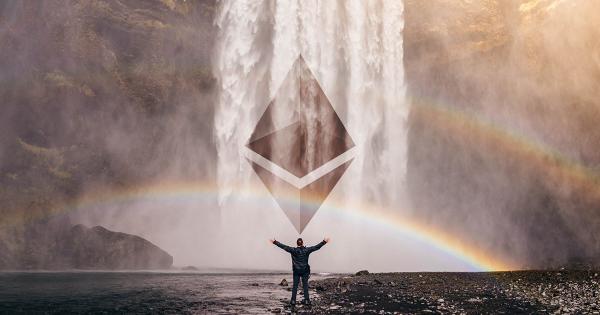 Throughout the past month, Ethereum has outperformed most major cryptocurrencies to become one of the best-performing assets amidst a strong bitcoin upsurge.

What’s pushing the Ethereum price up?

According to global markets analyst Alex Krüger, the average trading volume of Ethereum in the last seven days was four times higher than in the second half of 2019.

“The average ETH trading volume during the past week has been 4 times larger than the average volume for the second half of 2019. Somebody has been buying a lot of ETH.”

When the volume of an asset rises in tandem with its price, it means that the demand for it is on the rise and demonstrates a bullish market structure.

It critically shows that the upsurge of Ethereum is not necessarily completely manipulated as some whales like Joe007 pointed out.

There is a possibility that as the Ethereum price began to pick up in late January supported with spoof orders, which some consider being an attempt at manipulation, investors started to buy into the cryptocurrency.

The continuous increase in volume supplemented with various fundamental factors such as a clear rise in decentralized finance (DeFi) activity and accumulation in spot markets suggest that Ethereum is about to enter an extended uptrend.

Since the first week of January, Ethereum has front-run bitcoin and the rest of the cryptocurrency market.

In 2020, if the Bitcoin price sustains its momentum and tests higher resistance levels in the short to medium-term, traders expect ETH to be one of the best-performing assets in the market.

In comparison to cryptocurrencies like bitcoin that are down by less than 50 percent from record highs, the Ethereum price fell by as much as 94 percent from its all-time high in 2019. Even after a 60 percent rally, ETH remains down by more than 80 percent from its highest point in 2017.

With Ethereum theoretically oversold at a macro level and the usage of applications on top of the blockchain network such as DeFi seeing an explosive surge, traders remain confident in the upward momentum of ETH.

“Chainlink and Tezos will be the darlings of this bull market/alt season. They will constantly outperform everyone else. And as long as BTC behaves, I’m stocking up on each at every dip and not going to think about selling until the year is well under way. “

Highly respected traders like Angelo who are speculated to trade with large amounts of bitcoin have also expressed their unwillingness to sell bitcoin and other crypto-assets until they hit new highs in the coming year.

With the block reward halving on the horizon and whales reluctant to sell, the general sentiment around the cryptocurrency market is positive. 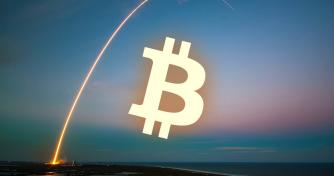 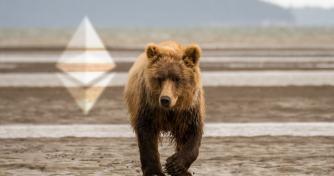 Ethereum is on the cusp of a bear cross, placing it in dangerous territory 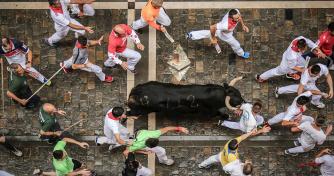