Despite its platform being launched in just 2020, Aave (AAVE) outgrew its established competitor Compound (COMP) and multiplied its market cap eightfold within half a year. 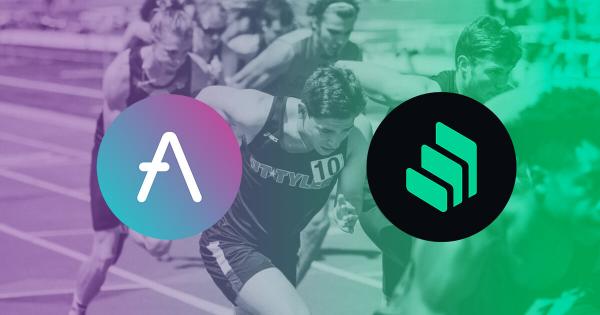 Photo by Braden Collum on Unsplash

In an industry with plenty of fast ascents and precipitous falls, many wondered whether the platform had the staying power to remain a central institution in DeFi lending.

This article will take a closer look at the two platform’s strengths and weaknesses and explain why Aave was able to overtake Compound.

In the lending space, Aave’s TVL has been way ahead of Compound in the last six months. This can be attributed to its model, which is similar to traditional finance, and its ability to operate in Financial Conduct Authority-encrypted assets.

As of Oct. 20, Aave continues to dwarf Compound in the DeFi lending and borrowing industry with a market cap of over US$4 billion versus the latter’s $1.97 billion.

There are two other metrics that indicate Aave’s strong position in the future.

First, its circulating supply of 82% is higher than Compound’s 61%, indicating less inflationary pressure.

The Aave team continues to focus on innovation while being highly risk-aware, and adjusts the direction of the product in a timely manner when issues arise, making the platform more secure.

Can Aave users lend out more assets than Compound?

Aave supports a wider variety of tokens, allowing users to lend out more assets and have more liquidity available. Some of Aave’s rate agreements are also considered more innovative and have some advantages over Compound, such as unsecured flash loans, rate swaps and line of credit mandates. But on the downside, it comes with relatively high lending rates and loan fees.

It is also worth noting that  Aave is one of the few licensed projects and is freely convertible in the United Kingdom.

Compound sets a liquidation line of 75% as well as a borrowing rate that triggers liquidation when 100% is reached. However, only 50% of its assets will be liquidated.

Aave, on the other hand, has a 5% safety cushion, mitigates risk, especially for new users.

In summary, Aave continues its dominance over Compound, mainly due to  the following points:

The above content is only a personal view, for reference and information only, and does not constitute investment advice. If there are obvious errors in understanding or data, feedback is welcome.

This post was brought to you by Footprint Analytics.

How did the DeFi, NFT and crypto market change in October?

Is Aave destined to stay the top DeFi lending platform?

5 charts to uncover your next long-term DeFi investment