Short term panic sellers appear to tanking the market, but FUD is driving the narrative of worse to come. 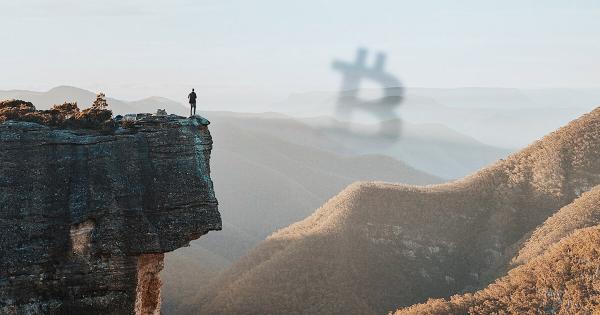 The number of addresses holding Bitcoin for more than one year has increased to its highest ever level, data from analytics tool IntoTheBlock showed today.

“The recent $BTC selloff seems to come from short-term holders selling at a loss, as the number of addresses holding #Bitcoin for more than 1 year continues to increase and it’s at a high in May.  57.61% of the addresses with a balance in BTC (21.94m) are holding +1year,” the firm said in a tweet.

The recent $BTC selloff seems to come from short-term holders selling at a loss, as the number of addresses holding #Bitcoin for more than 1 year continues to increase and it's at a high in May.

This would suggest that the market downturn is driven mainly by short-term holders who are panic selling to exit their position.

Although it’s easy to throw disparaging remarks, such as paper-hands, the latest price drop puts Bitcoin at the precipice of a new ‘crypto winter.’ With that in mind, now is the time for extreme caution.

Over the last seven days, the total crypto market cap has fallen near 30% from $2.5 trillion to $1.8 trillion.

The leading cryptocurrency is down 40% from its recent all-time high of $64k, just four weeks ago. Since then, multiple breaks of key support levels have provoked talk of a return to the bear market.

Analyst CryptoAlkaline noted that Bitcoin is interacting with the 200-day moving average. He says a daily close below this level would be a bearish sign and possibly the start of a new crypto winter.


“Fear and Greed Index is currently at fear levels. At the same time, Bitcoin is flowing further down as it is not filling big orders. Most volume is from retail activity,” the analyst wrote, adding:

Our last Order Book analysis is still valid, so our recommendation is to stay strong until that structure is broken. If this bear run continues, we may face a crypto winter.”

In trying to explain the market downturn, the host of The Breakdown Podcast, Nathaniel Whittemore, pointed out the onslaught of FUD recently. He added that he believes this is part of a wider scheme to discredit cryptocurrency.

Perhaps the biggest of these stories is the news that Chinese authorities have renewed their calls to ban Bitcoin. It’s reported that three government bodies have called on institutions not to conduct business with crypto companies.

The bodies extended this call to members of the public with a reminder that the law does not protect cryptocurrency transactions.

Regardless of the precise cause, the FUD events of the past couple of days bring home the precarious nature of investing in cryptocurrency.

Bitcoin dumps to $30,000 with $8 billion in crypto liquidations as market drops