The market seems to be coming to life after almost a year of crypto winter, as volumes on most major exchanges have seen significant increases in the past month. 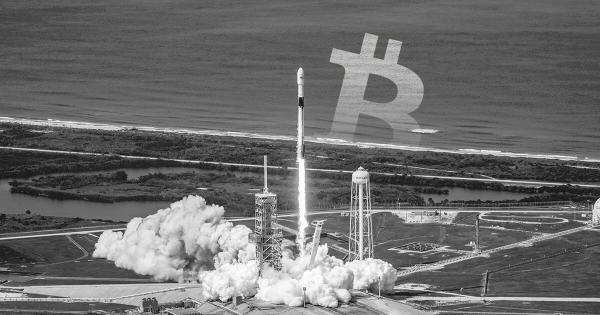 The market seems to be coming to life after almost a year of crypto winter, as volumes on most major exchanges have seen significant increases in the past month. Data from CryptoCompare showed that Liquid, Bitfinex, Bitstamp, and bitFlyer have all seen their volumes rise by at least 50 percent, while volumes on Kraken and Coinbase increased by 120 and 80 percent since last month.

The crypto market comes alive after a slow December

December has not been a good month for cryptocurrency exchanges. Both top-tier and low-rated exchanges have seen their trading volumes stagnate as the year was coming to an end, with little to no indication that there will be an upturn in the market anytime soon.

However, the latest data has shown that not only has the market turned but that it also seems to be riding an unstoppable wave going upwards. This is seen best when analyzing the growth crypto exchanges have seen this month.

First pointed out by The Block’s director of research Larry Cermak, everything seems to show that the crypto winter is coming to an end. According to his data, the daily average volume on Coinbase increased by more than 81 percent in January, which is the first monthly increase it has seen since June 2019. The exchange recorded an average volume of around $205 million every day in January, which is the highest it has been in the past five months.

Coinbase isn’t the only crypto exchange that was affected by this January awakening. According to crypto analytics company CryptoCompare, traders have been pumping up volumes on other exchanges as well.

“Not only is monthly volume up on Coinbase but across many of the top exchanges,” the company said on Twitter.

Data taken from CryptoCompare’s upcoming January Exchange Review showed that December has been incredibly slow when it comes to trading volume. Coinbase, Liquid, Kraken, BitFinex, Bitstamp, and bitFlyer have all seen their volumes drop significantly.

January, however, has brought an incredible boost when it comes to volume.

Liquid and bitFlyer saw their January trading volume increase by 50 percent since December 2019, while Bitstamp saw a 70 percent increase. Bitfinex and Coinbase saw their volumes rise by 90 percent and 80 percent respectively, CryptoCompare data has shown.

Kraken was the biggest gainer last month with a 120 percent rise—the exchange saw its total monthly trading volume increase from $2.5 billion in December to $5.5 billion in January.