BitBoy Crypto alleges former SEC director accepted bribes to declare Ethereum a commodity, investors pile on bonds as the interest in crypto fades, and much more in this edition of CryptoSlate Wrapped Daily. 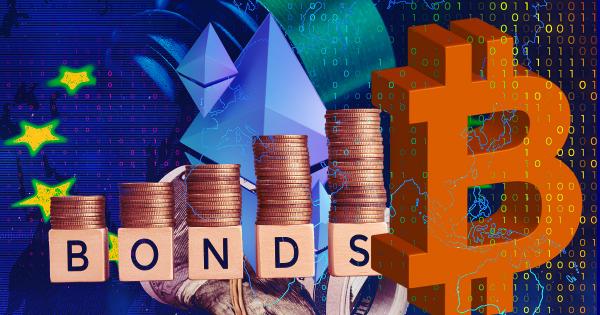 The biggest news in the cryptosphere for Oct. 10 includes Dominic Frisby’s take on Bitcoin and gold investments, the EU Commission’s tender that signals a regulatory framework for DeFi, and BitBoy Crypto’s allegations against the former SEC director for accepting bribes to declare Ethereum a commodity.

Details of the EU Commission’s tender on DeFi got revealed by Circle’s policy advisor Patrick Hansen.

The EU Commission has launched a public call for tender for a study on "embedded supervision" of #DeFi on #Ethereum.

The aim is to study technol. capabilities for automated supervisory monitoring of real-time DeFi activity.

According to Hansen, the EU Commission is working to enhance technical expertise on built-in supervision mechanics of DeFi on the Ethereum network.

The Commission is making this call even though the MiCA framework released last month excludes decentralized services.

Interest in crypto fades as investors pile into bonds

In addition, the ten-year treasury chart showed an increase of 3.89%, while Bitcoin and Ethereum’s ten-year charts reveal a 60% decrease in value.

A new website was released on Oct. 10, detailing the losses of users of bankrupt crypto lender Celsius (CEL).  Angel investor Stephen Cole found the website and referred to it as “a perfectly horrendous illustration of the risks of KYC.”

Blockwater Technology borrowed about $16.8 million from the crypto lending platform TrueFi (TRU) in 2021. It paid around $13.4 million and asked for an extension in the repayment period.

On Oct. 10, TrueFi issued a notice of default to Blockwater Technology, asking it to repay the remaining $3.4 million.

A new project on Ethereum called XEN Crypto appears to be responsible for over 40% of all Ethereum transactions and burns. On its own, XEN minting pushed the network transaction fee above $1.

So far, users have paid more than $1.8 million in gas fees to interact with the token contract.

The Brazil-based fraud ring was led by Francisco Valdevino de Silva, also known as the Bitcoin Sheikh.” The group had committed crimes of international money laundering, operating a criminal enterprise, fraud, and crimes against the domestic financial system.

Dominic Frisby gives his take on investing in Bitcoin, gold

The Author of “Bitcoin: The Future of Money?” Dominic Frisby gave an exclusive interview to CryptoSlate to talk about gold, Bitcoin, and geopolitics.

Frisby said gold was his gateway to anti-fiat thinking. However, as millennials become dominant in the world economy, that is no longer the case.

“As the world continues to shift towards tech and as millennials become a more dominant part of the world economy, we should expect Bitcoin to also take an increasingly influential role in financial markets, especially in regard to being a ‘recession-proof’ asset.”

He added that holding both Bitcoin (BTC) and gold will serve the best when it comes to protecting one’s financial integrity during these precarious geopolitical times.

Research: Bitcoin mining difficulty adjusts over 13%, the highest since May 2021

The Bitcoin network’s total hash rate reached its all-time high after a sharp rise in mining difficulty. The rate reached 240 EH per second, and it’s expected to increase even further.

The current rate equals roughly three times more than the network’s lows in July. At the time, the hashrate had dropped to around 89 EH/s, a two-year low.

Exchange giant FTX’s founder Sam Bankman-Fried Tweeted about the upcoming improvements to the FTX exchange. SBF said that the platform would get a new order matcher, lower latency API pathways, and other features, all of which will launch on Nov. 21 as the FTX V2.

Carbon-free Bitcoin mining company TeraWulf announced that it increased its mining capacity by more than 1.6 EH/s. The announcement also included news about $17 million of new capital. About $9.5 million was in a non-brokered private equity placement, while the remaining $7.5 million was under incremental proceeds under the Company’s Term Loan.