An alliance of lawyers, venture capitalists, and entrepreneurs have recently met with the US Securities and Exchange Commission to petition for the creation of cryptocurrency “safe harbors” for specific cryptocurrencies and tokens, including Ethereum. 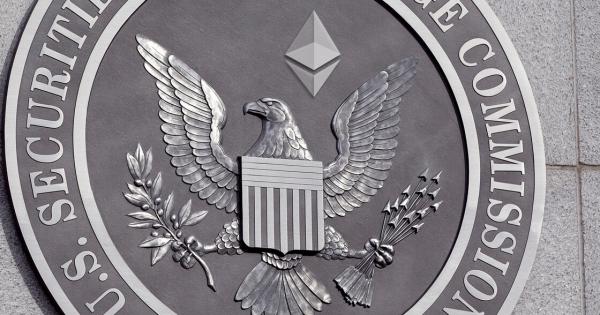 An alliance of lawyers, venture capitalists, and entrepreneurs have recently met with the US Securities and Exchange Commission to petition for the creation of cryptocurrency “safe harbors” for specific cryptocurrencies and tokens, including Ethereum.

The Venture Capital Working Group, which includes representatives of Silicon Valley venture firms Union Square Ventures and Andreessen Horowitz, met with the SEC on the 28th of March to lobby against the regulatory body classifying all cryptocurrencies as securities, which would place them under a high level of regulatory scrutiny.

The SEC has recently taken a firm stance toward cryptocurrencies, with Securities and Exchange Commission chairman Jay Clayton staring at a US Senate hearing in February that “every ICO” he’s seen thus far qualifies as a security.

As a number of high market cap cryptocurrencies — including Ethereum — have been launched via initial coin offerings, the possibility that the SEC intends to regulate them as securities is extremely concerning to the blockchain community.

The Venture Capital Working Group, in response to the SEC’s rigid stance on cryptocurrencies, have proposed that the SEC establish a “safe harbor” for select cryptocurrencies, classifying them as “utility tokens” as opposed to highly-regulated securities.

Richard Levin — a blockchain-focused lawyer working with the NY-based Polsinelli firm — has highlighted the importance of the potential outcome of the petition in an interview with the New York Times:

“It’s a ‘come to the lord’ moment. We are seeing a watershed moment in which many firms in the digital asset community who may have been ignorant of the law — or poorly informed — are now coming to terms with the fact that they are subject to regulators.”

The key issue upon which the future of the cryptocurrency market could pivot is whether or not all cryptocurrencies should be considered securities. The specifics of the meeting between the Venture Capital Working Group and the SEC are currently confidential, but the group has announced that the group is working reverently to guarantee the classification of specific tokens as utility tokens.

The Importance of SEC Classification

Thousands of different cryptocurrencies have launched through the initial coin offering model over the past two years, generating more than $6 billion in startup capital via largely unregulated trading platforms.

While tokens issued through initial coin offerings are, in most cases, intended to be used as internal currencies within the platforms they fund, the SEC takes a differing view.

SEC chairman Jay Clayton has publicly expressed the sentiment that all tokens issued through initial coin offerings should be “registered as a security.”

As very few ICOs have followed this process, the SEC has issued a barrage of subpoenas to platforms that are potentially violating securities law by launching token sales.

Any investment defined as a security under SEC regulations must be registered via a lengthy paperwork and auditing process, and can only be traded on regulated exchanges such as those where traditional stocks and securities are traded.

At this point in time, there are no regulated securities exchanges that offer cryptocurrency trading.

The Venture Capital Working Group, however, proposes that tokens that are used for an intended purpose on a computer network are “fully functional,” and thus do not meet the SEC’s current definition of a security.

According to the industry group, cryptocurrencies should be exempt from securities laws should they become “fully decentralized,” a definition that includes the eventuality in which a “token creator no longer has control of the network based on its ability to make unilateral changes to the functionality of the tokens.”

While the SEC has yet to release an official statement regarding the outcome of the meeting, the presence of a trade group consisting of significant venture capital firms arguing in favor of a more nuanced approach to cryptocurrency regulation speaks volumes about the rapidly shifting perception of cryptocurrencies within the institutional capital ecosystem.