The results of two separate studies, on awareness and ownership, and a quantum computing simulation, show a mixed bag of results. 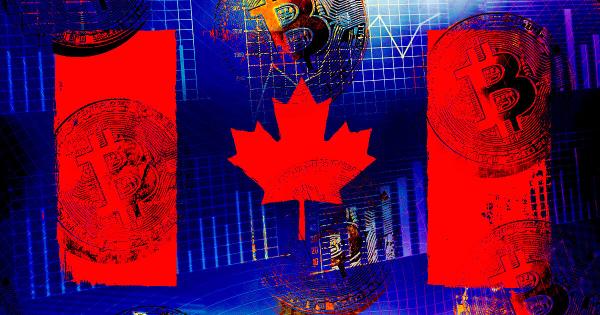 Officials at the Bank of Canada (BoC) are turning their attention to crypto research in a big way.

In line with the general stance held by central banks, the BoC has, in the past, voiced concerns about cryptocurrency. For example, two years ago, the BoC published a paper highlighting the risks faced by cryptocurrency users.

Two further recent studies conducted by the BoC, one on awareness and ownership, and the other, a quantum computing simulation, yielded predictable results.

In a report titled “Bitcoin Awareness, Ownership and Use: 2016-20,” BoC researchers conducted a study of 12,487 participants over five years.

They found that awareness and ownership of Bitcoin have increased since 2016. Analyzing the results further, researchers noted that awareness had stabilized from 2018 to 2020. The same pattern and trend were also noted concerning Bitcoin ownership.

Cross-referencing their findings with participants’ demographic profiles, researchers said with increased awareness and ownership in the latter period of the study, Bitcoin ownership “concentrated among young, educated men with high household income and low financial literacy.”

Researchers also found more than 20% of Bitcoin owners showed low Bitcoin knowledge in failing to answer any of the three knowledge questions. From that, they deduced “many owners” were hit-and-run investors.

“Given that investment was the most common reason owners cited for owning Bitcoin, we see that many owners may be trying to profit from cryptocurrencies without fully understanding the technology.”

It concluded that ownership and use of Bitcoin and other cryptocurrencies remain low. But it’s still important to monitor trends in this sector to allow for informed policy-making decisions.

In collaboration with Multiverse Computing, a quantum computing company, the BoC ran stimulation models on complex financial problems, including a simulation of crypto adoption.

Sam Mugel, the CTO at Multiverse Computing, said such a simulation is not possible using classical computers. The number of possible configurations, even with just a ten-person network, is mind-bogglingly large.

The results found that for some industries, crypto would operate alongside traditional banking as a payment mechanism. But the degree to which individual financial institutions adopt digital assets depends on “how these institutions respond to crypto adoption and the economic costs of crypto trading.”

Meanwhile, the Bank of England, through its  Prudential Regulation Authority (PRA) arm, which is tasked with managing financial sector risk, said it was expanding its workforce by recruiting an additional 100 staff members.