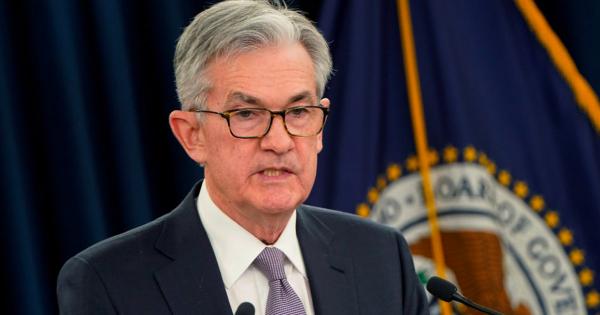 On Aug. 27, Federal Reserve chairman Jerome Powell delivered his remarks at the digital central banker symposium normally conducted in Jackson Hole. This speech was especially relevant for the Bitcoin and crypto community as CNBC included BTC in its coverage of the event.

One of the world’s largest news networks including Bitcoin in that coverage, they explained, validates the crypto as a macro asset. This inclusion may have also exposed the hundreds of thousands or millions of viewers to the cryptocurrency, planting it in their mind as an asset to watch as inflationary pressures grow.

Bitcoin makes it into CNBC coverage of Jackson Hole symposium

Powell yesterday announced a “historic” change to the monetary policy strategy of the Federal Reserve, altering the direction of the U.S. dollar.

During CNBC’s coverage of the event, the network brought up a Bitcoin chart that printed price action as the world-leading central banker gave his speech. The chart of BTC joined the Dow Jones, the Dollar Index, the 10-year Treasury, the price of gold, amongst other tickers of macro asset classes.

One individual that shared an image of this remarked that it is so “incredible” to watch the “long way in a very short period of time” Bitcoin has come.

#Bitcoin has come a long way in a very short period. Incredible to watch play out. pic.twitter.com/qu7CTKZtGD

Coin Metrics’ Jacob Franek also commented on this instance of adoption, partially due to his company’s index being used as the feed for Bitcoin price action on live TV.

“Powell announcing a historic monetary policy change 10 years after #Bitcoin launched. Shades of “Chancellor on brink”. Burning this one to memory,” Franek wrote announcing his excitement about the situation.

One trader also commented on how Bitcoin reacted to the speech. He said that the asset trading “tick by tick” with other macro assets in response to Powell’s words is “validation” of this market.

Although Bitcoin dropped around three percent in the wake of the speech, that’s not to say that what Powell said about the economy won’t help the cryptocurrency and its constituents in the long run.

Real Vision CEO Raoul Pal, who is a Wall Street veteran, remarked in the wake of the speech that Powell’s comments effectively cement the narrative that Bitcoin will move higher.

For context, Powell said that the Federal Reserve will take an approach where it will allow inflation to inch higher than the two percent standard that has existed for years now. The central bank will accomplish this by keeping interest rates low.

On the effect of this dovish policy on Bitcoin’s price action, Pal commented:

“Most people don’t understand the latter but is simply put, Powell has shown that there is ZERO tolerance for deflation so they will do ANYTHING to stop it, and that is good for the two hardest assets – Gold and Bitcoin. Powell WANTS inflation. I don’t think he gets true demand push inflation but he will get fiat devaluation, in conjunction with the other central banks all on the same mission.”

I know bitcoin and gold are selling off right now and may go further but with Powell today, it tells you they have no desire to raise rates and a skewed desire to print more. That plays to the inherent upside skew in both assets.

I think they both rise over time in inflation 1/