Binance, if it was a publicly listed company, would be the 25th biggest company on earth. 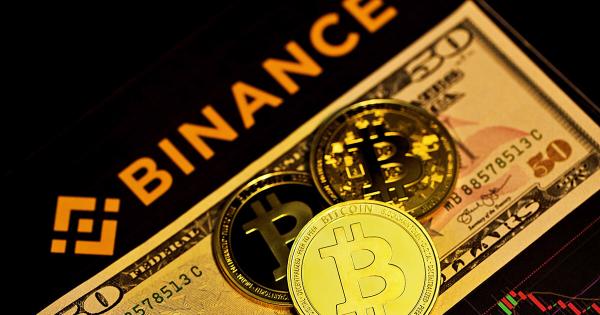 Binance is undoubtedly one of the largest crypto firms in the world. This was confirmed in a recent report by Wall Street Journal where insiders at the firm revealed that the CZ-led exchange could have a valuation of up to $300 billion placing it on par with popular companies like Adobe, Disney, and Netflix if it was a publicly listed company.

To have a clearer understanding, the crypto exchange processed around $32 billion worth of transactions within the last 24 hours. Other exchanges in the top 5, cumulatively, were only able to process almost half of its daily transaction volume.

Company insiders think that if Binance were public, it could be worth up to $300 billion 🤯

As tweeted by Julian Klymochko, the CEO of Accelerate FT, “company insiders think that if Binance were public, it could be worth up to $300 billion. Binance processes more crypto trades ($76 billion worth) than its four largest competitors put together”

For a firm this huge, one of its major albatrosses is the fact that regulators around the world have their eyes on how it does its businesses.

While the exchange currently has a staff strength of roughly 3000 people around the world, its lack of a physical headquarter has been haunting it as financial regulators in countries like Nigeria, China, Netherlands, United Kingdom, Singapore, South Africa, etc have advised their citizens against using the exchange.

In recent times, Binance, however, has been trying to maintain better relationships with regulators through several initiatives with one of them being its recent registration in Northern Ireland.