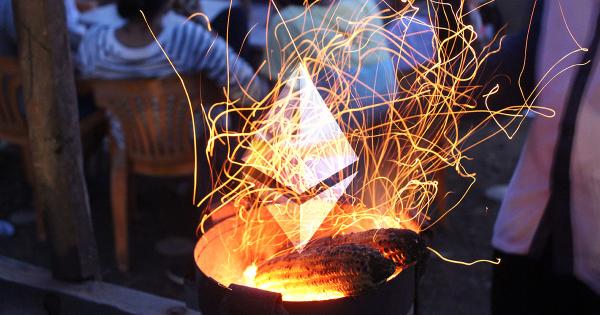 Photo by Pratap Gadgil on Unsplash

A ConsenSys survey completed last week delved into such specifics, concluding most Ethereum holders do, in fact, want to move towards staking once the update is complete.

Over 65 percent want to stake

The detailed report outlines the results of an online survey of over 287 participants via social forums. Respondents were classified on their staking preferences, common goals, demographic characteristics, and needs.

All respondents are ETH holders. 56 percent of those also hold Bitcoin, a massive 84 percent hold stablecoins, and 20 percent reported holding Layer 1 assets such as Matic and Tezos. All responses were anonymous and no personal identifiers were asked.

Over 177 respondents, or 62 percent, hold greater than 32 ETH — the minimum amount for staking. Few did not disclose their ETH holdings but expressed interest in running nodes, indicating large holders also took the survey. Such holders indicated they expect a minimum of 5 percent annually in reward payouts and store a majority of their holdings on hard wallets.

A massive 65 percent of respondents are willing to directly or indirectly stake ETH. 14 percent remain undecided. 2 percent said they will not participate in staking, mainly because they do not hold the minimum required amount.

The majority — 54.7 percent of respondents — said they had a basic-to-average understanding of how staking and distribution of rewards work on Serenity. Only 15 percent, or less than 50 participants, reported a “sound” understanding.

Unsurprisingly, holders wanting to run their validator node/s came out as the most knowledgeable, while the “undecided” and unwilling respondents reported the least understanding of PoS design mechanisms.

Most who voted “undecided” indicated they would take a wait-and-watch approach before committing ETH. Such a step is to ensure the update is working fluidly and no problems, like security issues or system vulnerabilities, arise. The group also expects the most in rewards — over 9 percent annually — compared to other groups.

33 percent of respondents said they will look for a third-party staking software to run nodes. This demographic expects a 7 percent return on staked ETH, exhibited the highest ratio of storing ETH on an exchange, and self-reported compounding their profits and enhanced “portfolio management features” on the survey.

Commenting on their insights into the study, ConsenSys made several recommendations to ensure increased participation and help dispel some of the negative sentiment associated with locking one’s cryptocurrency.

Speaking on trust and the need for confidence in PoS protocols, the Joseph Lubin-founded venture lab noted:

For the demographic not meeting the minimum to stake, ConsenSys recommends popular “pooling” services and developing secure, trustless pools to ensure inclusivity and provide a pathway for holders. Such a move also helps cryptocurrencies become accessible and give people in emerging and underdeveloped economies a chance to earn interest.

The firm noted many respondents not unsure or not interested in staking reported relatively low knowledge of ETH 2.0 or PoS. For this, ConsenSys lists educational initiatives listed here as potential gateways into a staking-centric economy. The list includes both economic and technical knowledge pertaining to the update.

ConsenSys notes the need for a better client interface for ensuring staking is more “user-friendly.” Such features include monitoring and analytical tools that show node rewards, status, strength, and other critical information to stakers.

Lastly, the firm notes liquidity for rewards must be ensured. The inability to withdraw was the second-most listed factor for those who were undecided about staking. One way to tackle such concerns is tradable derivatives based on staking, which although complex, is being worked upon by developers.