The U.S. exchange is struggling to maintain its projected growth as its earnings dropped alongside the wider market. 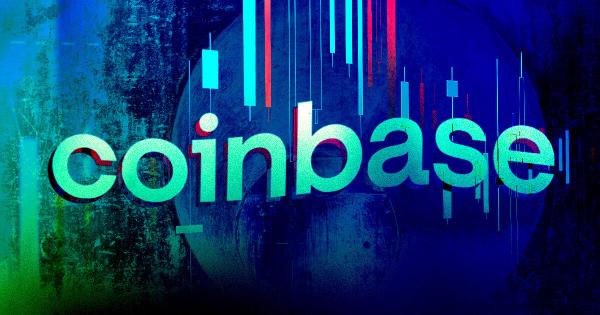 Coinbase announced today that it will slow its hiring process this year and reassess its headcount as it struggles with the market downturn.

Emilie Choi, the president and COO of Coinbase, said that the company wants to focus on other business goals it deems to be of the “highest priority.”

Coinbase won’t be tripling its headcount

The current market volatility has affected everyone in the industry, and not even its most prominent players have remained immune to the chilling conditions. Coinbase, the largest cryptocurrency exchange in the U.S., took a heavy hit when the markets went red and will be taking a step back from its expansion plans.

In April, Coinbase announced plans to triple the company’s size and take on a more significant part of the global market, most notably India. This was in line with the company’s plans from earlier in the year when they announced they will be hiring over 2,000 employees globally.

Brian Armstrong, the CEO of Coinbase, said that half of those employees will come from India, where the exchange planned on setting roots this spring.

However, regulatory uncertainty in the country, last quarter’s significant loss in revenue, and a broader market downturn forced the company to reevaluate its expansion strategy and slow down its hiring efforts.

The company also said that it will be “reassessing its headcount,” but failed to reveal further details as to whether or not it will be laying off employees.

“Headcount growth is a key input to our financial model, and this is an important action to ensure we manage our business to the scenarios we planned for,” Choi said in the company’s update to employees.

Instead, the company will focus on fully integrating all recent hires and prioritizing its operations.

Choi noted that while market downturns can feel scary to users and investors, the company already has plans in place for every market scenario—and this is no exception.

“We plan for all market scenarios, and now we are starting to put some of those plans into practice. We’re in a strong position — we have a solid balance sheet and we’ve been through several market downturns before, and we’ve emerged stronger every time.”