A branch of the Reserve Bank of India refused to accept Coinbase as a trading partner, leaving the firm stuck. 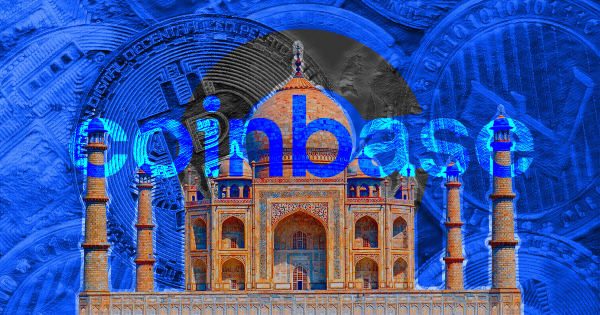 Crypto exchange Coinbase suffered a setback in India due to a breakdown in its ramping process.

The company at the heart of the storm is the National Payments Corporation of India (NPCI), which describes itself as “an initiative of the Reserve Bank of India (RBI) and the  Indian Banks Association (IBA).”

Coinbase launched a partnership with UPI on April 7 to bridge the Coinbase app with traditional bank accounts. The rollout was supposed to be the finale of a crypto community event hosted by the San Francisco-based exchange in Bangalore.

Coinbase’s Indian debut is now in jeopardy, as things stand.

What now for Coinbase in India?

In the build-up to its app launch, Coinbase announced a $150 million investment in the Indian tech sector and disclosed it already has 300 full-time workers in the country, with plans to hire 1,000 more in 2022.

However, less than four days after the rollout, users attempting to purchase crypto via the app reported the UPI payment method — the only option offered — was unavailable.

In a bizarre twist, NPCI issued a statement that — to their knowledge — they have no business agreements with any crypto firms.

“With reference to some recent media reports around the purchase of Cryptocurrencies using UPI, National Payments Corporation of India would like to clarify that we are not aware of any crypto exchange using UPI.”

Based on what is publically known, the Indian government gave the go-ahead for Coinbase to establish a presence. Still, the central bank has blocked UPI access, effectively leaving Coinbase stranded.

In response, a Coinbase spokesperson acknowledged the statement and further commented that they are committed to working with the NPCI and other authorities to get “aligned” with “local expectations.”

“We are aware of the recent statement published by the NPCI regarding the use of UPI by cryptocurrency exchanges. We are committed to working with NPCI and other relevant authorities to ensure that we are aligned with local expectations and industry norms“

India doesn’t know what to do with crypto

In April 2018, the Reserve Bank of India moved to ban financial institutions from dealing with cryptocurrencies, citing “associated risks.” However, the country’s Supreme Court overturned this ruling in March 2020 as unconstitutional.

Since then, there has been a great deal of uncertainty regarding what happens next for digital assets in the country.

The recent announcement of strict crypto tax rules gave hope that lawmakers have accepted that digital assets are here to stay. However, this latest incident with the UPCI highlights a divided administration.