Circle explained that complying with the regulatory demands was both a right and an obligation it owes to continue building trust with all parties. 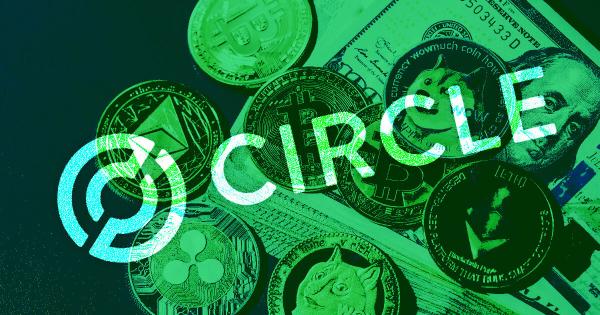 USDC stablecoin issuer Circle released a statement to clarify its stance after freezing all ETH addresses affected by the U.S. Treasury Department‘s sanction against Tornado Cash.

In compliance with regulatory requirements following the ban, Circle had to activate a “blacklist function” to freeze the blacklisted accounts. By implication, all USDC funds held in the wallets cannot be transferred on-chain indefinitely.

Circle, however, said that activating the ‘blacklist function” went against the ethos of an open internet. It explained it had to make the move since complying with existing law to stop money laundering is both a right and an obligation.

Circle considers the compromise as a price digital issuers have to pay to remain compliant with existing laws in the US.

“Maintaining compliance with sanctions laws through block lists is a reality of issuing a digital asset within the regulatory perimeter of the U.S. and other countries.”

The stablecoin issuer is looking to work with policymakers and key industry players to find a level playground to abide by the existing laws without sacrificing individual privacy and freedom.

For many crypto users, financial privacy is all important and the US Treasury’s ban on Tornado is a violation of their right.

“All Americans who may wish to use this automated tool in order to protect their own privacy while transacting online who are having their liberty curtailed without the benefit of any due process.”

To reiterate its use for privacy preservation, Ethereum Co-founder Vitalik Buterin in a tweet admitted to having used Tornado cash to protect the privacy of the recipients of his donation to Ukraine’s war efforts.

I’ll out myself as someone who has used TC to donate to this exact cause.

CommerceBlock’s privacy pioneer CEO Nicholas Gregory in a statement to CryptoSlate, explained that the ban may do little in combating cybercrime.

“The ban on Tornado Cash makes little sense, because in the end, no one can prevent people from using other mixer smart contracts, or forking the existing ones. It neither hinders cybercrime, nor privacy.”