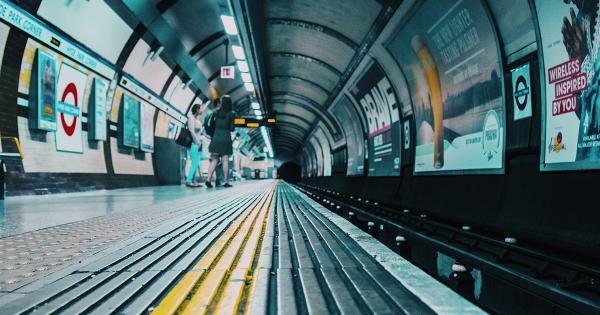 A series of adverts for Chinese crypto startup Zeux are being removed from the London Underground. Although, not soon enough, according to the UK’s financial regulatory body, the FCA.

Millions of London commuters (who aren’t eyes down fixated on their smartphones) have been exposed to adverts form a Chinese crypto startup Zeux for more than two weeks.

The company claims that users can earn a 5% interest rate on their money if they are “losing interest” in their banks.

You may have seen this ad on the tube and wondered "what is this?" Me too, so we looked into it.https://t.co/ZrNgqKGs7c

However, what the billboards in one of the world’s busiest commuter thoroughfares fail to point out is that these interest accounts really constitute an unprotected cryptocurrency investment product.

According to a report in UK financial news site, This is Money, the FCA vehemently negates approving these adverts in the first place.

Moreover, after talks with Zeux, the company agreed to remove the billboards two weeks ago. But they are still plastered all over the walls at various tube stations across the city.

The FCA exclusively told This is Money that Zeux had agreed to cease sales of the product to new customers and withdraw all of its marketing materials:

“While these discussions are continuing the firm agreed on 24 January to pause the sale of the product to new customers and to stop all marketing activity relating to the product, including on their website, social media and public advertising on the transport network of the product in question.”

Zeux CEO and founder Frank Zhou confirmed that the company was in talks with the FCA regarding its marketing campaign. He said that Zeux had taken its requests on board and was working actively to remove the adverts.

However, two weeks on, a couple of questions remain. How was the misleading content able to be spread in such a high-catchment area in the first place (the London Underground is the country’s fifth-largest advertising estate)? And why are they still there 14 days later? According to the FCA:

“We do not pre-approve financial promotions of firms. When we became aware of the adverts we entered into discussions with the firm which resulted in the agreement we have referenced… We understand that the firm had contacted TFL (Transport for London) to get these taken down, but given the size of the network this can take time.”

For its part, Zeux confirmed:

“We are engaging with TFL about its timeline for taking the remaining adverts down.”

TFL has also come under fire for its irresponsibility in allowing the adverts in the first place. However, the company responded:

“Ultimately, as with all advertising in the UK, it is the advertiser’s responsibility to ensure that their advertising meets the required standards.”

A specialized task force of senior judges and lawyers in the United Kingdom has recognized crypto-assets as “tradable property” under English law.