Following a delay, the ERC-20 convertor now has a definite testnet rollout date. 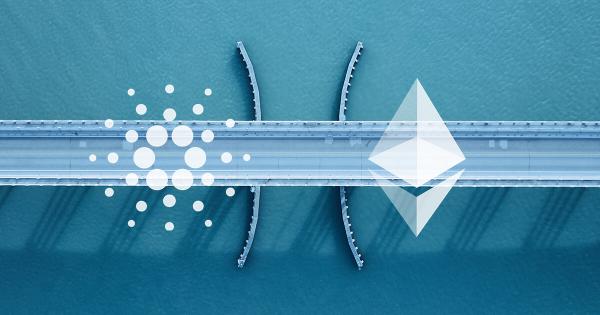 The highly anticipated Cardano ERC-20 convertor will soon launch on testnet. Francisco Landino, Project Manager at Input Output Global (IOG), made the announcement during the latest episode of Cardano 360.

Most view the ERC-20 convertor as an essential component in outdoing Ethereum. The thinking behind the concept was always to offer application developers on Ethereum a viable alternative.

With that in mind, and as the Alonzo smart contract rollout nears completion, the coming weeks will see competition between both chains intensify.

Cardano ERC-20 convertor is a game-changer

News of the Cardano ERC-20 convertor first broke in July 2020 when IOG CEO Charles Hoskinson mentioned it during a live stream.

As the name suggests, the purpose of the ERC-20 convertor is to bridge Ethereum’s blockchain to Cardano, enabling Ethereum tokens to port over and back again if users so choose. Giving more detail, Landino said:

On why application developers would choose to migrate, Landino said the benefits of doing so include lower costs and taking advantage of quicker speeds. He also claimed switchers would have improved security, specifically in the process of verifying smart contracts.

Landino had previously announced the imminent launch of the ERC-20 convertor to testnet in May – almost four months ago.

But in completing the first release, his team noted ways to improve the process that already existed as backlogged tasks in the second release. They decided to delay the first release and merge both projects for a simultaneous rollout.

“We planned first to release the Ethereum to Cardano migration process, but when we were finalizing the test we saw we could improve some things that we already had in the backlog for the Cardano to Ethereum process. So we decided to merge both releases and release everything together.”

When can we expect the testnet rollout?

The big question is, when will IOG launch the ERC-20 launch on testnet?

Landino confirmed that it will launch next week and even allow users to try the conversion process themselves using SingularityNET tokens.

“You will see everything next week on the testnet, and users will be able to test how they can migrate their AGA tokens from Ethereum to Cardano. And also, going back from Cardano to Ethereum.”

In March, Hoskinson claimed that over 100 companies are planning to jump ship from Ethereum. This, he said, is mainly because Cardano offers massive savings of up to 1/1000th the cost.