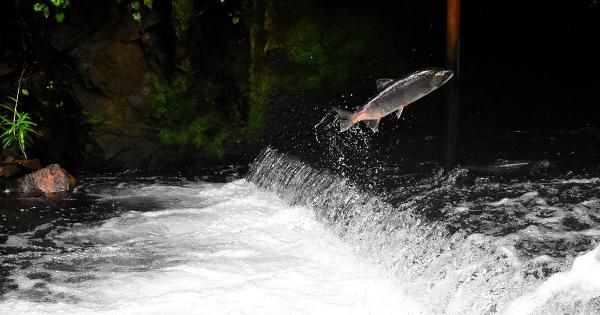 Photo by Drew Farwell on Unsplash

Norwegian Salmon is a serious business. Reports estimate the industry generates just shy of $1 billion annually in imports for the Scandinavian country—making up an important part of its overall economy.

Concerns of sustainability and traceability have been raised in the past. The aura around Norwegian Salmon brings with it below-par products, frauds, and storage concerns, all of which individually contribute towards buyer decisions.

But Kvarøy Arctic, one of the joinees, thinks blockchain technology ends such concerns. The firm is a leading provider of naturally sea farmed salmon, and shall soon deliver blockchain-tagged fish fillets to retailers in the United States and Canada.

NSA CEO Robert Eriksson believes that using blockchain will increase the competitive edge of the Norwegian fishing industry. He touts the world-renowned quality as a USP, but without the ability to trace origins and track storage fosters fraud and food waste:

“Blockchain can help eliminate these problems with a transparent, accountable record of where each fish came from.”

Eriksson believes other industries might pile on if the pilot efforts catch on, leading to more sustainable food production and profits for Norway’s famed agricultural businesses.

Sustainability a theme of 2020

The partnership comes as sustainability in food chains has gained prominence—perhaps even a cult following—since last year.

Led by activists like Sweden’s Greta Thunberg, a majority of affluent populations in Europe are siding with calls for reducing the world’s carbon footprint, creating sustainable food sources, and moving to more eco-friendly methods of living.

A recent IBM study concluded that over 70 percent of surveyed consumers vouched for traceability over other factors—even stating a premium price was no limiting factor if sustainability was proven.

With the blockchain system in place, customers would get documentation about the fish they consume. This would include points like where the fish is from, when it was fished, the feed it has eaten, and even the temperature it was transported in.

For sellers, this means charging a higher premium for location-centric salmon deemed a higher-quality, similar to what single-origin coffee sellers have enjoyed in the past few years.

Other blockchain-specific benefits include ease-of-clearance at national Customs checkpoints, ensuring easy data access for the latter to expedite clearance.

Launched in 2016, the IBM Blockchain Transparent Supply allows participants on a shared network to manage their membership, securely share documents, and create a permanent record of the history and lifecycle of physical and digital assets.