Cardano leads large caps with 31% gain, what’s behind the move?

ADA posts a strong performance on Tuesday to lead the large caps. Can Cardano build on this momentum to recapture former glories? 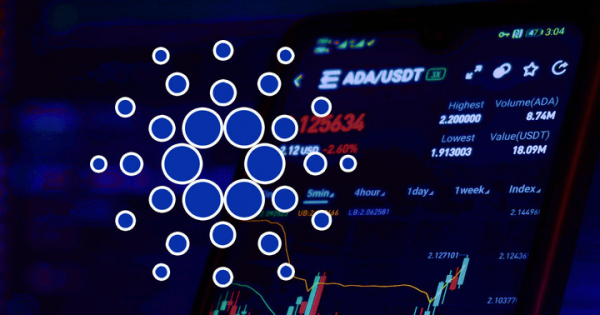 Cardano (ADA) posted 31% gains, making it the biggest large-cap gainer in the last 24-hours. For comparison, Bitcoin is up just 3% over the same period.

The price of ADA peaked at $3.10 in November 2021, just before the launch of smart contract functionality. Since then, it has been trending south, breaking key support levels on the way down and triggering frustration among some community members.

A local bottom of $0.39 was hit on May 13 as part of a broader market sell-off due to the Terra implosion. From peak to trough, ADA has lost 87% of its value over these seven months.

Selling pressure these past few weeks has tanked token prices across the board. Some critics, including @BobLoukas, expected Cardano to be particularly affected, calling for a $0.10 price.

$ADA another cult coin that will drop below $0.10. pic.twitter.com/p9olV7LQ60

However, Cardano is leading the large-cap cryptos today amid the market bounce.

Wait, aren’t we supposed to be in crypto winter?

Some are calling recent crypto price action a return of the bull market. Since bottoming at $1.129 trillion on May 12, the total crypto market cap has seen inflows totaling $188 billion, suggesting crypto winter may be canceled.

Meanwhile, global stocks rose on Monday, attributed to Chinese authorities announcing fresh stimulus and the relaxing of lockdowns in its major cities. Momentum from Friday’s strong US stocks performance is also acting as a tailwind for risk-on markets.

“A week of positive developments is not sufficient to call an end to recent volatility.”

Despite that, the Fear and Greed Index moved six points higher to a rating of 16. Still within extreme fear, but marking a two-week high.

Leading the bull charge for cryptocurrencies is Cardano, which made a decisive move above $0.60 on May 31 to break a local downtrend. Off the back of this performance, ADA touched $0.6938 before a slight retracement to $0.6700 at writing.

Founder of Crypto Capital Venture Dan Gambardello pins the bullish surrounding Cardano on the up-and-coming Vasil hard fork, adding that “the story only keeps getting better.”

#Cardano Vasil Hardfork weeks away as the story only keeps getting better for $ADA.

The Vasil hard fork is scheduled for June 29 and will introduce several improvements, such as upgrades to scripting and block production, to improve network performance.