Crypto Twitter is divided on claims that an attack through massive sell orders attempted to bring down the Terra ecosystem. 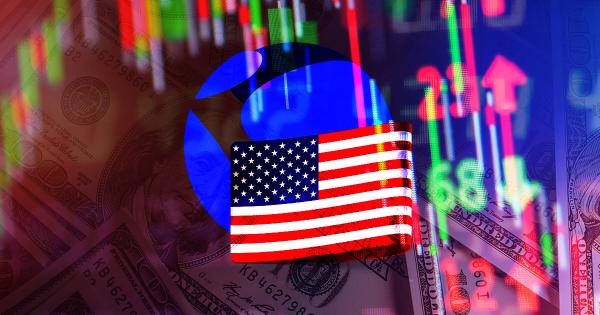 A seemingly coordinated attack on the Terra ecosystem occurred this weekend, May 7th, as hundreds of millions of dollars worth of UST was dumped on Curve Finance. This happened in tandem with an increase in short interest in Terra Luna and a surge in Twitter volume that led to “Ponzi” trending globally for a few hours.

Several accounts on Crypto Twitter posted tweets with screenshots of the moment UST dropped below $0.992 as breaking news that the dollar peg had broken down. Some even declared it a “moment in history.”

₿REAKING – TerraUSD dollar peg breaks down. In free fall after Luna loads up on #Bitcoin. pic.twitter.com/jvOcD4QKeb

The monumental de-pegging however was seemingly short-lived as the current price for UST on Binance shows.

The trading volume on Curve soured to three times that of Uniswap as “someone started selling UST en masse, so it started to de-peg. However, that was met with a great resistance, so the peg was restored,” according to a statement from Curve.

DegenSpartan was one of the first to notice the issues on Curve as well as highlight a $2 billion drop in locked assets on Anchor from $14B to $11.7B. Since the tweet, it has dropped even further in the steepest decline since January. Two wallets, in particular, withdrew a total of $372 million from Anchor in one day.

Do Kwon, replied to the events by saying, “Btw, if yall girls are gonna fud, try to do it during my waking hours pls. Terra chain is 24/7, but I am a new father for cryin out loud.” He also retweeted the following,

today's attack on Terra-Luna-UST was deliberate and coordinated. Massive 285m UST dump on Curve and Binance by a single player followed by massive shorts on Luna and hundreds of twitter posts. Pure staging. The project is bothering someone. 🌝 on the right path!

Some have viewed this as a successful stress test on the network showing that even dramatic volatility only moved the peg down 0.7% before the algorithm dealt with the decline. Fundamental analyst, CryptoHarry commented,

The bad actors knew today was their last chance to de-peg $UST, right before the incentives for 4pool go live. No legitimate seller would sell 500m $UST while liquidity is moving from 3pool to 4pool. Makes no sense.

As a knock-on effect, the total supply of LUNA made its first significant increase in months as a result of the activity with 581,984 LUNA being minted. This will be, in part, responsible for the decline in the price of LUNA over the past 24 hours. The price hit $59 before rebounding slightly to around $66. At the bottom, LUNA had fallen 25% amid the UST chaos.

Was this a concerted attack or did investors simply withdraw organically as yield dropped? Did the Crypto Twitter onslaught of negativity cause a snowball effect? The information is still being parsed but, at least for now, TerraUSD is still the third biggest stablecoin by market cap in the world. A researcher from Alongside DeFi summarized the events in the following tweet,

-Massive $UST sell-off on Curve
-Rumors spreading quickly on Twitter
-Leads to a $2B withdrawal of $UST on Anchor
-Price of $LUNA tanks
– $UST depeg to 0.987
-Peg straight up to 0.995 after Do Kwon tweet
-Jump selling assets to buy $UST