A top government official mentioned how blockchain tech could help to revolutionize other industries operating in the state. 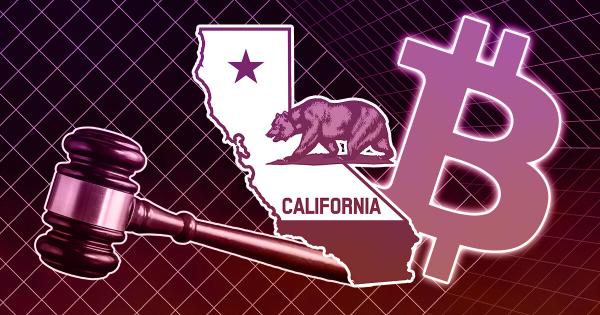 California Governor Gavin Newsom has signed an executive order on cryptocurrencies to create a comprehensive regulatory framework for the industry.

The order will see the Governor’s Office of Business and Economic Development work with other departments like the Department of Financial Protection and Innovation and California’s Business, Consumer Services, and Housing Agency to develop an extensive guideline for the operations of the space.

The order seeks to

“Create a transparent and consistent business environment for companies operating in blockchain, including crypto assets and related financial technologies, that harmonizes federal and California laws, balances the benefits and risks to consumers, and incorporates California values, such as equity, inclusivity, and environmental protection.”

According to Dee Dee Myers, the director of the Governor’s Office of Business and Economic Development, about a quarter of the 800 blockchain businesses in North America are in California. Thus, the executive order is a way for the state to create regulations that help these businesses operate responsibly in the state.

The executive order requires the agencies to consult with stakeholders, critics, and consumer advocates. The agencies will also consult with other state agencies and consider the federal reports on crypto-assets before reporting their findings.

Meyers mentioned how blockchain tech could revolutionize everything from transactions to protecting identity.

California is looking to make its regulations consistent with federal laws and has mandated its agencies to release their report after those of the federal agencies.

Apart from California, other states are also waiting on the US government agencies’ reports before proceeding with their regulatory framework. With the Federal agencies expected to publish in 3 – 6 months, the crypto industry can expect a busy year in terms of regulations.