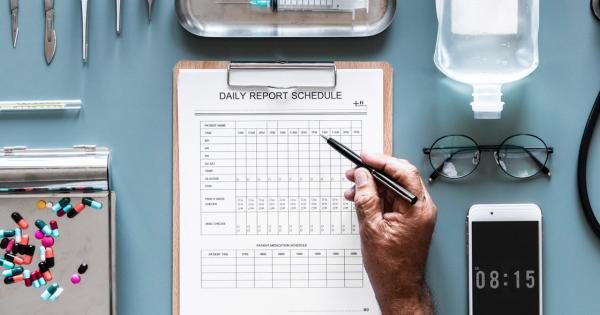 Some of EHR’s greatest problems include interoperability, accessibility, and security. From examples like Equifax to Anthem Blue Cross, centrally-stored data has often proved vulnerable and lucrative in the modern age of cyber attacks and data leaks. Its estimated that health data breaches cost approximately $6.2 billion each year.

Blockchain technology is poised to provide five major improvements to EHR systems, including:

Companies in the Space

For the most part, all five projects aim to give patients full control and access to their information as one complete record.  Through smart contracts, patients can also choose who to give permission to view and edit their records.

All five projects will also provide improved security.  In general, a company’s blockchain will only contain the hashed value of a patient’s data, which will act as “breadcrumbs” to locate the patient’s encrypted information off-chain. Having a patient’s information spread throughout decentralized nodes will prevent there from being one point-of-failure and protect sensitive data from hacking and forgery. 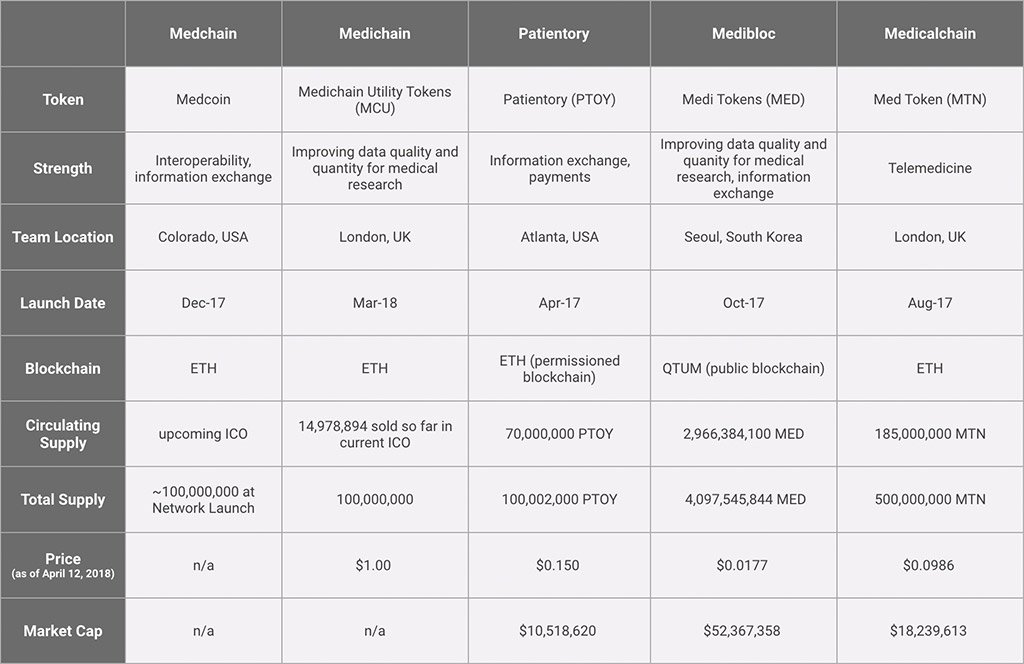 Medibloc, which is based out of South Korea, is currently focused on serving the Asian market.  This is one of the reasons it is built on Qtum, a Chinese-based blockchain.

Medichain and Medicalchain are both based in the United Kingdom.  Although both companies are working towards improving EHRs, Medicalchain is focused on using a patient’s health data to provide telemedicine consults, saving the patient time and money.

Medichain’s emphasis is on improving research by allowing patients to sell their anonymized data to researchers and companies. This provides researchers insightful population-wide data that can be used to improve evidence-based and precision medicine.

Medchain and Patientory are both based in the United States and primarily focused on the main problem of interoperability and information exchange.  Both companies will work to provide a HIPAA-compliant product that acts as an intermediary between existing EHR systems and their respective blockchain ecosystems.

Medchain will soon be offering a Regulation A+ ICO.

Patientory’s ICO finished in June 2017. The project had some transparency issues in late 2017, claiming its app was pending FDA approval but has since remodeled its approach.

Blockchain technology has the potential to drastically improve the management of healthcare records.  The decentralized nature and immutable ledger of blockchain provide a secure, transparent, and easily accessible record for patients and providers alike

In addition, the unique properties of this technology provide additional avenues to improve healthcare and the companies working in this space should be closely followed.