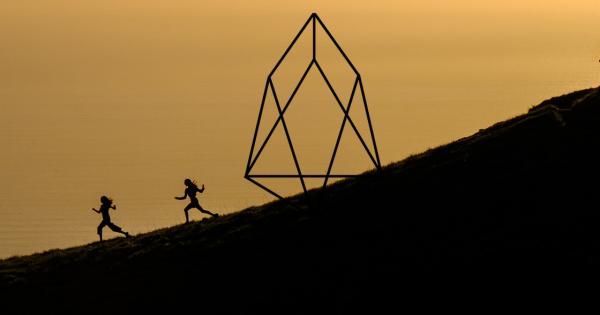 Photo by Todd Diemer on Unsplash

The ongoing issue of EOS governance is rapidly growing into a decisive crisis that could see the entire EOS constitution entirely rewritten. Stemming from a missed block producer meeting, the complex three-party EOS governance structure debate could potentially be solved by a new constitution proposed by EOS developer Block.one.

The EOS blockchain allows community members to interact with and guide the EOS project in a democratic manner, with a governance structure described as a “holistic blueprint for a globally scalable blockchain society.” The EOS constitution is the cornerstone of the EOS project, and functions as a “multi-party contract entered into by the Members by virtue of their use of this blockchain.”

The current state of the EOS constitution, however, caused significant controversy within the blockchain ecosystem, with EOS CTO Dan Larimer — the creator of the constitution — proposing a complete constitutional overhaul via Telegram earlier this week.

Larimer’s proposition appears to have taken root within Block.One, who subsequently published an official proposal for an “EOS Constitution v2.0” that resembles a clarified edit of Larimer’s proposed EOS constitution referendum Medium post.

Block.one’s constitution overhaul proposition expands on Larimer’s perspective of law defined by the “intent of code,” relying on block producers to function as a jury:

“Block.one suggests ending all protocol-level arbitration orders other than to render non-binding opinions on the intent of the code. We believe the elected block producers should be the jury, and must render a 2/3+1 decision to alter a broken contract.”

Interestingly, the Block.one proposal establishes a clear stance on transactions accepted to the blockchain, stating that enabling a fall back to arbitration to dispute the validity of a signature after the fact opens up more issues than it solves. The issue of lost and stolen keys, states the proposal, will be solved by native EOS Apple Secure Enclave, Touch ID, Face ID, and time delay integration.

The proposed constitutional update could streamline the relationship between ETAC, the element of the EOS governance structure that handles arbitration orders, and block producers. Roshan Abraham, the head of technology at block producer EOS Authority, commented on the proposition:

“The major change is limiting arbitration orders to fixing errors in the code and not dealing with arbitration for stolen funds. With EOS, the “intent of code is law” rather than “code is law”

Abraham notes the changing relationship between the ETAC and block producers, highlighting the recent controversy regarding EosStore’s failure to comply with an ECAF emergency measure of a protection order

“The block producers have a new telegram group and other private channels to be alerted of such notices. However, I don’t see account freezes happening once the new constitution is in place. Arbitration ruling will be only for emergency code changes.”

The first step in protecting the EOS community from both stolen keys and governance overreach, states Abraham, is the creation of a secure wallet solution that integrates virtually impenetrable security features. The first wave of EOS secure wallets, soon to be released on iOS, operates in a similar manner to a hardware wallet, retaining private keys within a secure enclave native to iOS:

“Block.One is also expected to roll out a much more secure enclave iOS wallet which will make it easy (to integrate) unique EOS security features like time delay (and) active / owner key systems, along with multiple account signature. The current problems we have with stolen keys are in the import process from Ethereum where only one EOS key was set!”