He holds the title of “Britain’s youngest billionaire,’ but BitMEX co-founder Ben Delo is now facing the repercussions of law. 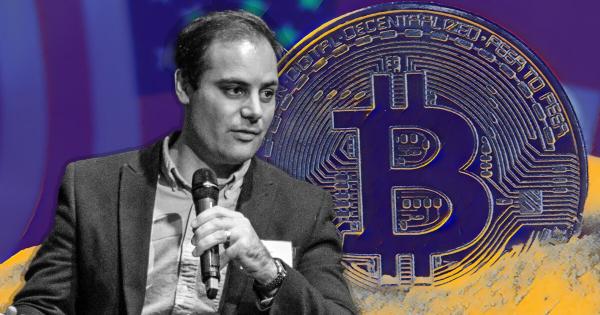 BitMEX co-founder Ben Delo has surrendered before authorities in the US on charges of failure to implement adequate anti-money laundering procedures at his company, reported industry publication Bloomberg this morning.

He traveled to New York from the UK and was arraigned before US Magistrate Judge Sarah L. Cave during a remote proceeding on Monday, pleading not guilty and securing a $20 million bail bond. Delo can now return to the UK in line with the terms set in the bond.

On 3/15/21, Ben Delo pleaded not guilty, was released on $20,000,000 bond, permitted to travel to the UK and Bermuda, surrendered his Grenada passport and Hong Kong Identity Card but is permitted to retain his UK passport and executed a waiver of extradition. #BItMEX pic.twitter.com/438IdG4S8q

“The charges against Ben are unfounded and represent unwarranted overreach by the US authorities,” said Rachel Miller, a spokesperson for Delo in a statement. “Ben intends to defend himself against the charges and clear his name in court,” she added.

An Oxford-educated mathematician, Delo is best known as the co-founder of crypto trading exchange BitMEX. The firm was one of the biggest futures exchanges for cryptocurrencies in the world for a large part of its existence but has since lost out to other firms like Binance and FTX.

In October 2020, Delo was named in a US Securities and Exchange Commission (SEC) charge sheet along with Arthur Hayes and Samuel Reed, the two other co-founders of BitMEX, and Gregory Dwyer, the firm’s first employee.

They were charged for failing to implement an adequate money laundering program or maintain a detailed Know-Your-Customer process while offering its services to US citizens.

The team, at the time, said via a company spokesperson that they would defend the allegations “vigorously.”

Bribe with a coconut

Prosecutors, in the charge sheet, said BitMEX was a well-oiled “vehicle” for money laundering and sanctions violations, including claims it was used to launder proceeds of a cryptocurrency hack and that customers from Iran traded on its platform. Under US laws, each count carries a maximum five-year prison term.

They added that the company had registered in Seychelles to escape prosecution and evade regulations. Hayes was infamously quoted to have even said that the country’s authorities could be bribed with “just a coconut.”

But the law soon caught up. Reed was arrested in Massachusetts while Hayes and Delo remained at large. The hunt continued, and FBI Assistant Director William Sweeney even said at the time that the defendants would “soon learn the price of their alleged crimes will not be paid with tropical fruit.”

For now, Hayes is reported to be in Singapore where he said to be discussing the chance of surrendering in April. Dwyer remains at large.

Update: This article has been updated to reflect the charge against Ben Delo.

Analyst: BitMEX activating KYC is one of the “most bullish” events for Ethereum DeFi