The debate over what constitutes “store-of-value” has been raging for centuries. 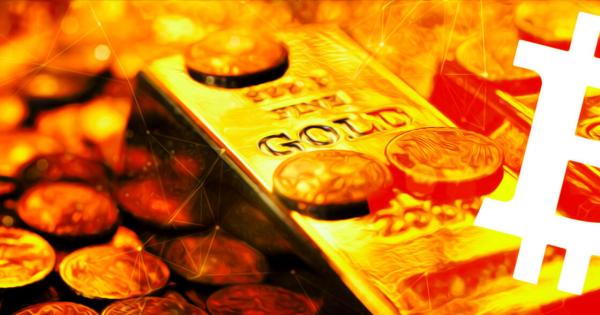 The debate over what constitutes “store-of-value” has been raging for centuries. In today’s world, captains of industry and state are scrambling to understand the pros and cons of Bitcoin and its potential effect on the world economy.

The captains of industry all have their own opinions and criteria on what it takes for a currency to be legitimate. Ray Dalio, for instance, says that as far as he’s concerned, money definitely needs to be a “store-hold of value”, which, he believes Bitcoin is not.

Mike Novogratz, on the other hand, told CNBC earlier this year that,

“Bitcoin is digital gold, a digital store of value”, which will, without a doubt, be the norm in years to come.”

There are just too many differing opinions on the topic, for all to be quoted here. But, what does it mean anyway? And, does traditional (fiat) currency even answer the call? Please continue reading – you might be equally surprised on the insights we’ve gained!

Earliest times – the bartering of goods

To fully grasp the concept of “currency”, we’ll first have to travel back a long, long way in our time machine.

In the beginning of recorded history, humans focused largely on obtaining shelter, clothes and their daily feed, for survival. But, as the centuries passed, they got smarter and, circa 8,000 years ago, started swapping items with each other.

This method of exchange is called the barter system and allowed people access to a wider range of necessities than what they could produce individually.

The rise of rudimentary currency

After many years of bartering, traders got even smarter; instead of continuing to cart bulky goods around, they devised the first versions of currency.

Discs of clay or stone, beads, pieces of leather or metal and even mollusc shells served as the earliest tokens of value.

Communities would reach consensus on the worth of each marker and conducted a basic system of trust and goodwill to ensure that the currency was honored in terms of physical goods.

As trade continued to expand beyond communities, into neighboring territories and abroad, transacting parties started to look for more substance than just local trust and honor.

Gold has always been perceived as a precious metal by major nations across the globe. For this reason, it was accepted as a common payment method, everywhere and anywhere. Gold coins were particularly popular for the sake of practicality.

Over the centuries, as the world modernized and individual economies became more identifiable, countries started to introduce their own, distinct currencies, represented by paper notes and metal coins.

Yet, they still promised to pay the equivalent in gold, should any bearer of their money request that. This was known as the Gold Standard. It reassured people worldwide that they could accept such tender, because it was “as good as gold”.

Rise of the fiat system

The fact that the different monies of the world’s major nations were all linked to one common denominator — the value of gold — became problematic, especially during wartime. So much so, that Britain exited the Gold Standard in 1931 and America followed suit in 1933.

From thereon, it was considered more appropriate for individual currency values to be determined by open trade in the financial markets.

Today, all currencies worldwide, are regulated and controlled by the central banks of each nation. None are linked to valuable, physical commodities, such as gold, anymore.

The monies of the different countries across the planet are considered to be credible, purely because their laws make it legal tender and their governments decreed to be good for it. This monetary system is known as the “fiat” system, named after the Latin word for “decree”.

In the fallible we trust

So far, and perhaps you’d agree, the journey of currency, through the ages, has been fairly intuitive. From the earliest exchanges of physical goods – albeit bulky and impractical – through gold coins and to the paper notes or electronic funds transfers which is commonplace today, mankind has always found a way to distribute value amongst themselves.

But, the really scary part is that, over time, we drifted further and further away from real, original, underlying assets and became more and more reliant on decree. Today, the world’s fiat monetary system hinges solely on blind faith in fallible, governmental structures.

A case in point is Venezuela; political turmoil and unrest in that country has seen its currency, the bolivar, slide by more than 160 percent this year alone.

The country’s people are getting poorer by the minute as prices for medicine and other basic necessities have multiplied more than seven times already; all the while, the government “prints money like it’s confetti”, one market commentator remarked.

Or, how about Zimbabwe? A once-thriving economy, reduced to rubble by gross mismanagement and autocratic rule, saw the country abandon its fiat currency in 2009, necessitated by hyperinflation. Again, the citizens are the real losers; as one politician in the country puts it,

Another example is South Africa, previously the major economy of the African continent. Due to major corruption and governance issues, both, Moody’s and Standard & Poor’s reduced the country’s credit rating to “junk status” this year.

The immediate reaction was a 9 percent fall in its currency and, as overseas investors are still fleeing, the grassroots people are the real losers again; unemployment is soaring, touching 28 percent, and a breadline existence, or below, has become the norm.

Let’s face it, for humanity to revert back to the original bartering system of exchanging value, would be highly impractical in a globalized world. Therefore, it’s perhaps safe to say, that we’re bound to relying on alternative stores of value for swapping amongst ourselves.

Now, with that out of the way, it seems that we really only have to decide exactly what that store of value is to be. Fiat currency is clearly not the perfect contender for the job, as demonstrated in the examples discussed earlier; especially, when there are better solutions available.

The tech advancements of our digital age makes it possible for the Planet’s 7.3 billion people to exchange value directly with each other, outside of the almost 200 governments –which may be dodgy or not- having the ability to throw us into poverty overnight.

Cryptocurrencies such as Bitcoin do not require trust or decree for it to work successfully; instead, clever, cryptographic computer code distributed over a global network ensures that there is no single point of failure.

Also, because network data is permanent and immutable, it can be trusted; unlike the dictator of any country who, through his or her actions, can, judged by fiat systems, effectively decide whether you’re rich or poor tomorrow.

So, in conclusion, which is the real store of value here: Bitcoin, which rose by more than 1600 percent this year alone? Or, fiat currencies, which like the Venezuelan Bolivar declined by 160 percent? You be the judge, but, we’ll give you a clue — people desperately sold short and fighting for their financial survival, such as the Venezuelans and Zimbabweans, are busy flocking to Bitcoin, as we speak.