Max Kesier says volatility and downswings are nothing to worry about in the long run. 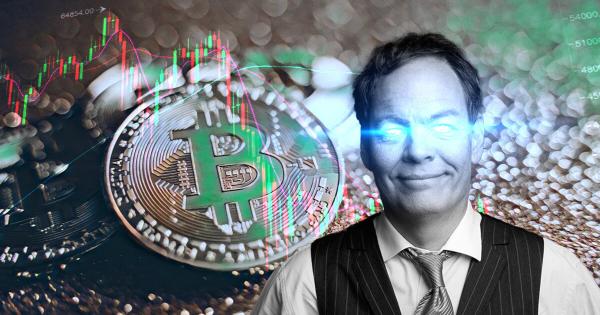 Bitcoin advocate Max Keiser said his price target for this year remains at $220,000, despite the FUD that has crept in over the past couple of weeks.

On that, Keiser added that volatile downswings in Bitcoin are part and parcel of its nature. But on higher time frames and over its 10+ year history, it has still provided 200% annualized gains.

Speaking about the recent crash, particularly the apparent sway held by Elon Musk to tank markets, Keiser said significant corrections are normal. Adding that the most recent one is “nothing special.”

“We’ve been doing this for ten years, we’ve had fifteen of these corrections over the past twelve years, and this current one is an average one. Nothing special. Number two, it always shakes out the weak hands…”

What’s more, Keiser points out that hodling any asset through down periods is difficult when the knives are out. He gave the example of buying Apple stock in the late-90s after the price had crashed. At the time, investors held a negative opinion of Apple. But in the long run, it turned out to be a good investment.

Keiser gave a similar account regarding Amazon, saying, in its time, $AMZN has also gone through 60%-70% corrections in its way to being one of the most valuable companies globally.

However, the critical thing to consider with Bitcoin is purchasing power, which Keiser said is guaranteed to increase over time. Unlike fiat money, which does offer stability but at the cost of decreasing purchasing power.

“So, volatility in Bitcoin is something we want because it’s a tradeoff we accept, because holding fiat money means you have stability but you’re guaranteed to lose purchasing power.

It’s part of my act

Keiser has always been a larger-than-life character that has drawn criticism for his passionate displays. This was demonstrated during the recent Bitcoin Miami Conference.

One such instance was a video in which he tore up money while ranting about government corruption.

Setting the record straight, Keiser said that the video was actually from two years, in San Francisco, and not during the recent Miami Conference. He then said it’s all part of his act to hammer home the point that fiat is “worthless garbage.”

“I’ve ripped up money like that many many times. I think I’ve ripped up close to $50,000 over the years, it’s part of my act where I typically enter ripping up dollars… so people can understand that they’re worthless garbage.”

Love him or hate him, Keiser’s presence in the crypto space provides an element of performance that sets tongues wagging.

As for his $220,000 price prediction, a 6x move from here seems improbable. But then again, stranger things have happened in crypto.