Keiser takes Bitcoin maximalism to the extreme with the F*ck Elon Tour, but some see this as a step too far. 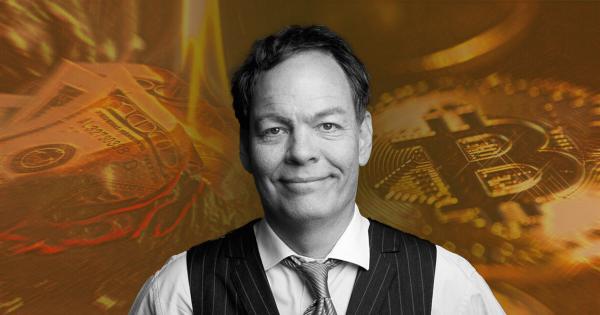 Earlier this month, Keiser hit the headlines during the Bitcoin Conference in Miami for several reasons. But chief among them was his antics on stage with MicroStrategy CEO Michael Saylor, in which he repeated the words, “we’re not selling,” and “f*ck Elon.”

This was in reaction to the Elon Musk energy-FUD, which many believe was responsible for Bitcoin’s 45% slump from its all-time high of $65,000.

“F*ck Elon” has now become something of a tagline for Bitcoin maximalism. But with tribalism responsible for toxicity in the cryptocurrency space, is the F*ck Elon Tour doing more harm than good?

What’s the F*ck Elon Tour about?

Despite this week’s bloodbath in the markets, as well as continuing uncertainty at the macroeconomic level, in linking tour information, Keiser confidently stated that Bitcoin can reach a new all-time high in the coming weeks.

The F*ck Elon Tour is introduced as a Bitcoin maximalist event that encourages more maximalism for the simple reason that maximalism is what “got us here.”

“We don’t need less toxicity from Bitcoin maximalists. We need MOAR!!! A LOT MOAR!!!! Toxicity and plebs got us here.”

Rather than a discussion of developments and educational content, the Tour is pitched as a party event featuring special guests. But more importantly, for Bitcoiners only with no mention of altcoins allowed, and most of all no Karens.

Keiser has always maintained a maximalist approach towards Bitcoin. But his stunts during the Bitcoin Conference have drawn fire on several fronts.

One such incident was an interview with CNBC Africa in which he launched into a tirade on political corruption. Although there is truth in what he said, it was his outburst and overzealous reaction to the questioning that drew condemnation.

“Do you know that with the Bitcoin I have I can buy any frickin senator or congressman I want? I make the laws. He who has the Bitcoin makes the laws Ran. We’re not just going to sit around and let the God damn government tell us what to do…”

However, the f*ck Elon rant is perhaps the most controversial. Social media responses to the video include comments about presenting a poor image, parallels with the cultism of Bitconnect, cringe, and so on.

There’s no doubt that Keiser is a passionate believer in Bitcoin, which shows through during his public engagements.

But at the same time, his showmanship is rubbing people the wrong way, which in turn does little to convince the undecided on the merits of the leading cryptocurrency.