‘Bitcoin is not a hedge against anything,’ concludes ‘Black Swan’ author Nassim Taleb

"Black Swan" author doubles down on his criticism of Bitcoin after hearing the Twitter community's arguments. 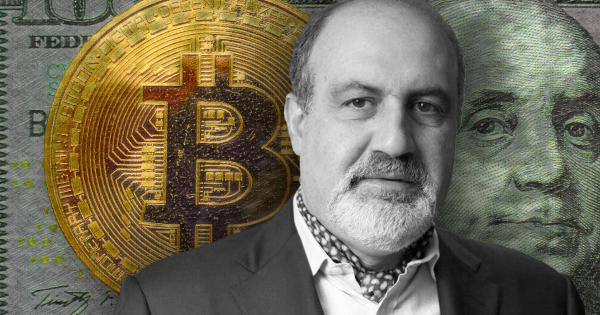 Bitcoin (BTC) is not “a hedge against anything,” concluded “Black Swan” author and risk analyst Nassim Nicholas Taleb after inviting his 727,000 Twitter followers to debate on whether there is any correlation between BTC and inflation.

“CONCLUSION: not a single reasonable argument that #BTC is a hedge against inflation, or, as a matter of fact, a hedge ag. Anything,” Taleb tweeted yesterday, adding that “I hate the Fed, THEREFORE Bitcoin” is the “most common fallacy.”

As CryptoSlate reported, Taleb recently criticized Bitcoin in an interview with CNBC, arguing that “there’s absolutely no reason it should be linked to anything economic” and that BTC “has characteristics of an open Ponzi scheme.”

To further drive this point home, Taleb later appealed to his Twitter followers, asking them to explain how Bitcoin can be a hedge against inflation.

“I am still trying to get an answer on how #BTC can be a hedge against inflation since it went up 1000% over a period when inflation was 1-3%? Also, where is the link between BTC and a basket of goods I will consume in the future? I am looking for an answer. Ask your friends,” he wrote.

A few hundred replies later, Taleb asserted that he didn’t find “a single reasonable argument” in the thread.

“So far 500 replies and no answer on how BTC connects to inflation,” Taleb concluded, adding, “Incidentally if #BTC precedes inflation (is ahead of it), that is, its price adjusted to future inflation, someone owning it would see a negative correlation with inflation, no?”

Taleb also pointed out that Bitcoin’s programmable scarcity (after all, no more than 21 million BTC can be mined and new blocks can’t be discovered faster than one per 10 minutes) doesn’t make it a hedge against inflation because “a lot of things are scarce & have collapsed in value.”

Even gold, to which crypto enthusiasts often compare Bitcoin, has lost its anti-inflation qualities some time ago, Taleb opined.

“Gold ceased, w/end of Bretton Woods (1971), to be a hedge against inflation. Further, metals lost that quality w/the speculative fever of ~1980. They lost up to 90% of their value in real $,” he wrote, noting that “Gold’s only redeeming quality is its low volatility & the floor from industrial use.”

However, Taleb acknowledged that there is indeed a sure way to find a connection between Bitcoin and inflation—but one has to be under influence of hallucinogenic mushrooms to see it.

“Here is the secret: if I took some hallucinogenic (sic) substances I would finally see the link between #BTC and inflation,” he concluded, jokingly. 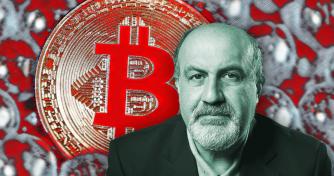 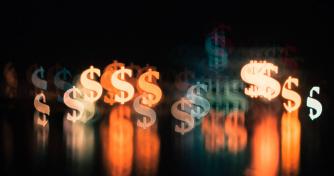 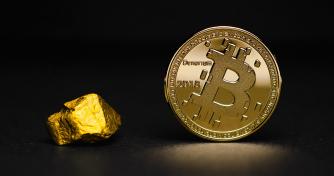