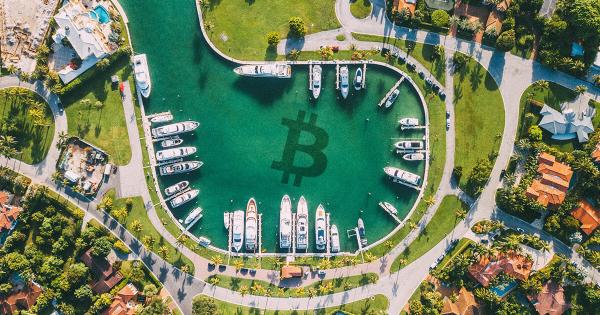 Photo by Josh G on Unsplash

On December 29, Anthony Pompliano, the co-founder and partner at Morgan Creek, asked if Mayor Suarez should allocate the city’s treasury into Bitcoin.

In response, the Mayor said he is “definitely open to exploring it.”

Definitely open to exploring it.

Why now to consider Bitcoin?

In recent months, public companies have increasingly started to allocate their treasury assets into Bitcoin.

It all kickstarted with MicroStrategy on August 11, 2020. At the time, the company announced that it would adopt Bitcoin as the firm’s primary treasury asset.

Since then, many other companies followed, such as Square and the insurance giant MassMutual.

MicroStrategy said back in August:

“This investment reflects our belief that Bitcoin, as the world’s most widely-adopted cryptocurrency, is a dependable store of value and an attractive investment asset with more long-term appreciation potential than holding cash. Since its inception over a decade ago, Bitcoin has emerged as a significant addition to the global financial system, with characteristics that are useful to both individuals and institutions.”

Institutions might perceive 2021 as the ideal timing to enter into Bitcoin for two key reasons.

First, it comes off of a massive recovery from $3,600, which has shown the resilience of Bitcoin.

Second, there is an institutional frenzy around BTC, as shown by the surging CME BTC futures exchange volume and Grayscale’s assets under management (AUM).

Grayscale is the go-to institutional vehicle in the U.S. for institutions to gain exposure to Bitcoin. Hence, if the AUM of Grayscale rises, it directly reflects the rising institutional demand.

What are financial analysts saying?

“Got to keep public money safe. It’s not the future, it’s now. I love that the Mayor is fired up about expanding the global financial sector in Florida!”

High-profile and high-net-worth investors have expressed optimism regarding the price trend of Bitcoin.

“When $BTC gets to $150k, I will buy The Hamptons and convert it to sleepaway camps for kids, working farms and low-cost housing.”

As long as the trading activity on the CME BTC futures exchange and Grayscale continues to increase, institutional interest would likely follow.

Such a trend would raise the probability of a regional government, like Miami, to allocate a portion of its treasury into Bitcoin.

If it happens, it would establish large implications for Bitcoin as a premier store-of-value and a safe-haven asset. The perception of BTC as gold 2.0 would strengthen, which would push other regional governments and more corporations to follow suit.