Bitcoin sinks in reaction to US Consumer Price Index hitting 40-year high at 8.6%

Bitcoin price is on a downtrend following the release of the latest US CPI data, which shows the index has hit a 40-year high. 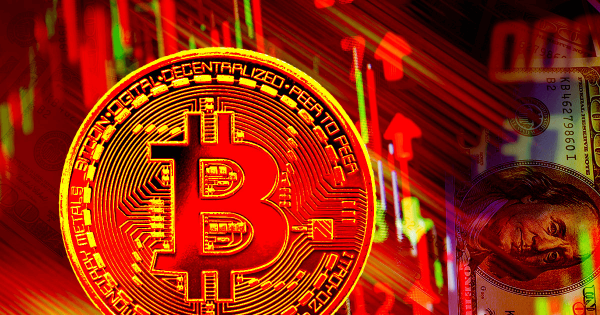 Economists had expected the CPI figure to remain flat at 8.3%, the same as April. However, the Labor Department’s June 10 announcement put to rest any notion that inflation is under control.

Data from the U.S. Bureau of Labor Statistics showed U.S. consumer prices have surged since October 2021. A peak of 8.5% in March 2022 was followed by a 0.2% drop off the following month, leading to some analysts calling it a top for inflation.

Speaking to Forbes in May, Ally Financial chief markets and money strategist Lindsey Bell said “green shoots” in the data could point to inflation having topped out.

However, data released by the U.S. Labor Department on June 10 puts May’s consumer price index at 8.6%, creeping past the previous peak in March. It marks the highest level in 40 years, derailing any talk of inflation having topped.

Bitcoin sinks as a reaction to the CPI increase

BTC price reacted to the news with a 2% swing to the downside on the 13:30 GMT 5-minute candle, bottoming at $29,470. The ensuing fightback from bulls peaked at $29,835 before bears took control to trigger a cascade of majority lower lows.

Meanwhile, the Nasdaq — currently at its highest correlation with Bitcoin — has fared better. It opened trading at 11,544, climbing 10 points to a peak of 11,554. Since then, a less than 1% drop hit a local bottom of 11,482 before moving into an uptrend.

According to a Financial Times report, U.S. Treasury Secretary Yellen said fighting inflation remains a top priority for the White House. Undoubtedly, the higher-than-expected CPI data puts more pressure on the Fed to action rate increases in the near future.

The outlook for Bitcoin, as a result of this, is gloomy.