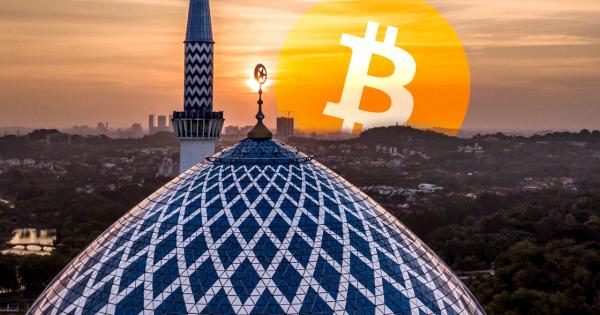 Photo by Firdouss Ross on Unsplash

Bitcoin’s price spiked from $6,962.6 to $7,720.27 in less than one hour yesterday, the fastest increase to date. Although speculative, some believe the sudden price surge has to do with an Islamic scholar deeming cryptocurrency compliant with Islamic Sharia law. Islam is the fastest growing religion, with over 1.6 billion people worldwide.

The adoption of cryptocurrency has been a pressing issue for Muslims around the world. Currency without intrinsic value is forbidden to Muslims, as is lending money with high-interest rates. This practice is known as usury.

As the rest of the world began to adopt the new digital currency, Muslims were forbidden to stake their claim in the crypto space – until now. An Islamic scholar named Mufti Muhammad Abu Bakar published a paper addressing the issue, writing:

While the assumption is purely speculative, many believe the price surge was largely due to the crypto market finally opening to 23% of the world’s population.

The assumption is more than reasonable, especially considering Bitcoin’s price is often swayed by external third parties, such as the mainstream media. Shortly after the paper was published, over one billion dollars in trades were initiated across all exchanges and Bitcoin’s price saw a sharp increase over a short duration.

What Does This Mean Going Forward?

Muslims account for nearly one-quarter of the earth’s population. If adopted by more Islamic scholars, the decision could open the market to many new investors previously avoiding the commodity.

The crypto market’s volatility was clearly demonstrated in 2017, with Bitcoin’s price surpassing $19,000 and the total crypto market cap reaching $800 billion.

Since then, Bitcoin has retraced significantly, finding support at ~$6,800. Despite the price surge, many analysts had concluded the market would quickly find resistance, but to their surprise, Bitcoin has held fast, currently trading just below $8,000.

At any rate, Bitcoin is here to stay. The Muslim world’s adoption of the crypto revolution is another step in the right direction towards mainstream adoption.