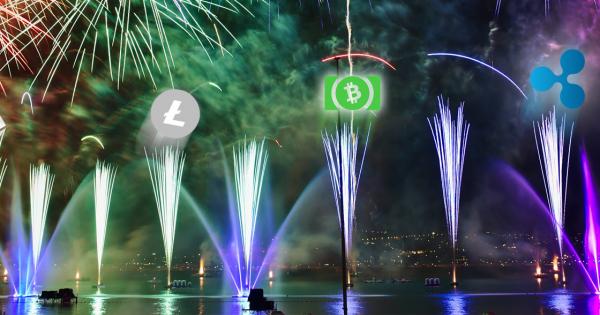 Photo by Nicolas Tissot on Unsplash

Ethereum and Bitcoin Cash had seemingly fallen by three percent each, while Litecoin experienced little to no action, hovering between $114 and $117 over a period of several days.

The market took a relatively positive turn after figures like George Soros – a long-time opponent of Bitcoin – announced that his company Soros Fund Management had received the go-ahead to begin trading cryptocurrencies within the next few months.

Also, the famed Rockefeller family stated that the capital investment firm of The Rockefeller Center, Venrock, was teaming up with blockchain and cryptocurrency advisory firm Coinfund.

One Less Barricade to Worry About

The news likely had a positive effect on cryptocurrencies, as several entities began experiencing small, yet noticeable rises. This was followed by further news stemming from India, where it was noted that the country wasn’t banning cryptocurrencies after all.

It had been previously reported that the Reserve Bank of India would no longer support cryptocurrency-related ventures and that it was advising all banks to follow suit.

While businesses that dealt in virtual assets would have to find alternate routes of finalizing transactions, it appears RBI’s lack of legislative status prevents it from enforcing a full-on ban of crypto-trading.

It’s true, trades are likely to be harder, but for such a ban to occur, India’s state or central government would have to execute such an order. RBI does not fall into such a category, and thus cryptocurrency advocates can breathe a sigh of relief.

To some, Bitcoin appeared to be taking on behavioral patterns similar to those of 2015, notably when the currency fell by over 50 percent. Things did not improve until November of that year when the currency ultimately began ascending to the $300 and $400 ranges respectively.

It was suggested that Bitcoin would follow a similar path in 2018, but that no longer seems plausible given its sudden spike to $8,100 in less than 48 hours. Maybe the bulls are entering the arena early.

The rise comes after it was announced that Yahoo Japan would be investing a 40 percent stake in the popular cryptocurrency exchange BitARG. Both institutions had remained relatively silent over the last month regarding their partnership, with executives at BitARG saying they were merely exploring “various possibilities” when it came to potential investments, but now it appears Yahoo is the “man behind the curtain.” The investment is equal to about two or three billion yen – roughly $18 to $27 million in USD.

Also, several analysts remain bullish about Bitcoin’s future, with Fundstrat’s Tom Lee explaining that he still believes Bitcoin will strike the $25,000 mark by the end of 2018.

Tech billionaire Tim Draper is even more enthusiastic, saying that one Bitcoin could be worth approximately $250,000 by 2022.

At press time, Bitcoin is trading for nearly $1,200 above where it stood on Wednesday. Ethereum has jumped to $512 before dipping to the $480-range, while Ripple has garnered a near 10 percent spike in value, and is now trading for approximately $0.62. Bitcoin Cash has risen to $735, and Litecoin stands at $125.