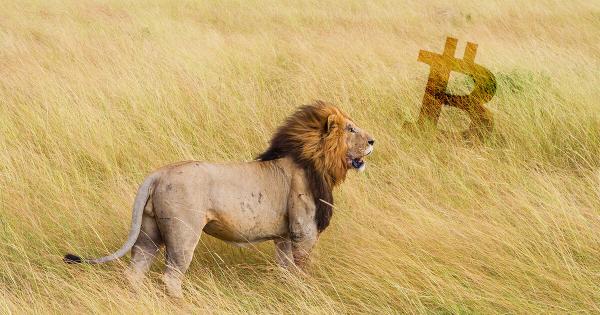 Bitcoin didn’t start the week off hot. On Monday and Tuesday, the leading cryptocurrency tanked, falling by 10 percent in 48 hours’ time. Altcoins followed suit, with Ethereum’s price performance actually going into the red on the year, accentuating the severity of this strong sell-off.

Though, it seems that bulls won’t let the cryptocurrency market die. On the morning of Dec. 18, Bitcoin suddenly shot higher rocketing 11 percent higher over a 12-hour period, reclaiming key support levels in the mid-$6,000s, then low-$7,000s. 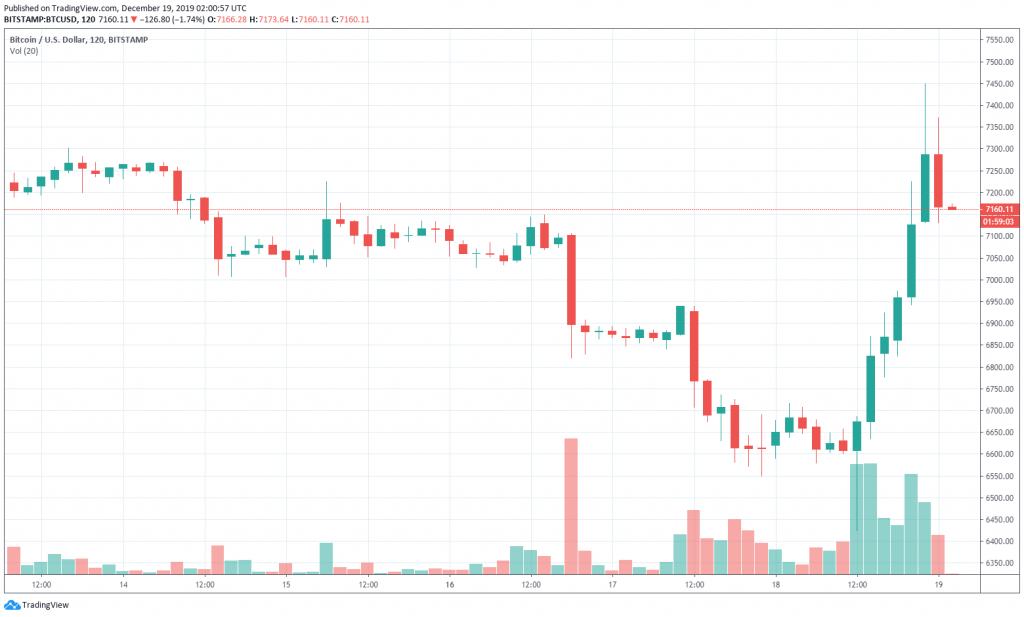 This move, countless analysts have said, validate a number of signals that Bitcoin has finally found a bottom on a macro scale and, as such, is ready to reverse to the upside from here.

After plunging by 10 percent in two days, Bitcoin quickly retook the key support of $7,000 on Wednesday, liquidating dozens of millions of dollars worth of BitMEX short positions in the process.

While some argue that it’s too early to tell whether or not this is a macro reversal, there is a confluence of signs suggesting that bulls are regaining control.

The first of which is, due to Bitcoin’s strong performance on Wednesday, the chart of the cryptocurrency posted a bullish engulfing candle, indicative of a trend reversal then a continuation of the reversed trend. This candle also validates the existence of two bullish divergences between the price and the one-day Relative Strength Index and Moving Average Convergence Divergence (MACD).

Secondly, Bitcoin held the $6,500 level. As said in CryptoSlate’s Tuesday update on the cryptocurrency market, $6,500 is around the bottom of a logarithmic growth channel that BTC has maintained for eight years.

Peter Brandt, a prominent commodities trader that has delved into the cryptocurrency space, drew attention to this trendline on Wednesday, noting that Bitcoin actually held the important support. This is pertinent as BTC decisively bouncing off this support is an action that preceded previous bull markets.

Not out of the woods just yet

Although there is an array of technical factors why traders believe that the leading cryptocurrency has bottomed, some hold the opinion that Bitcoin remains in the thick of the woods, not out of it.

Prominent macroeconomist and cryptocurrency trader Alex Krüger wrote in a tweet published on the morning of Dec. 18 that Bitcoin remains in a “bear market,” drawing attention to his thesis that the block reward reduction, dubbed the “halving,” will not be a bullish event for bulls of cryptocurrency.

$BTC 6400 was the first key level below and got strongly defended. This is a bear market though. Contrary to what cheerleaders want people to believe, the halving is not supposed to make longs rich. I bet cheerleaders making predictions do not even know what econometrics means. pic.twitter.com/cvQPqUn7el