Hedge fund manager Ray Dalio cites the monopoly on supply of money by central banks as the reason he believes a Bitcoin ban could happen. 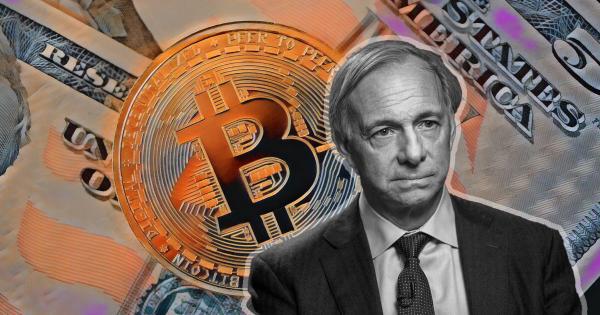 Billionaire investor and founder of Bridgewater Associates Ray Dalio warns that there’s a “good probability” that governments will move to ban Bitcoin.

The end of 2020 saw Dalio blast Bitcoin on several fronts, including a view that it’s a poor medium of exchange and its high volatility diminishing the store of value use case.

I might be missing something about Bitcoin so I’d love to be corrected. My problems with Bitcoin being an effective currency are simple… (1/5)

Nonetheless, a few weeks ago, Dalio posted an article clarifying his position on the leading cryptocurrency.  He stopped short of giving Bitcoin his full endorsement. But, he wrote that having analyzed it further, he now admires it greatly.

A sticking point for Dalio has always been the potential for governments to shut it down.

In a recent interview with Yahoo Finance, Dalio reiterated this point, citing governmental control over the money supply. With that, he sees authorities taking the logical step of killing off the competition.

“Every country treasures its monopoly on controlling the supply and demand. They don’t want other monies to be operating or competing, because things can get out of control. So I think that it would be very likely that you will have it under a certain set of circumstances outlawed the way gold was outlawed.”

To back up his claim, he used the example of what is happening in India at present. Under the proposed legislation, possession, issuance, mining, trading, and transferring crypto-assets would be criminalized.

However, India’s Finance Minister Nirmala Sitharaman said the government has no intention to shut it down completely.

The mixed messages have only confused crypto investors.

Analysis conducted by The Director of Research at Coin Center, Peter Van Valkenburgh, slammed the changes as mass warrantless surveillance.

He drew attention to amendments in surveillance obligations for non-custodial entities, the clampdown on privacy and P2P transactions, and the recommendation to apply the “travel rule” to all transactions.

While the revised guidelines are far from banning cryptocurrency, over legislation could render useless some of the advantages of cryptocurrency. This remains a possible strategy for overly eager authorities.

All the same, the time to ban Bitcoin was ten years ago when the infrastructure didn’t exist, and big-name institutions weren’t invested. This makes the likelihood of a major western government banning Bitcoin lesser with each passing day.