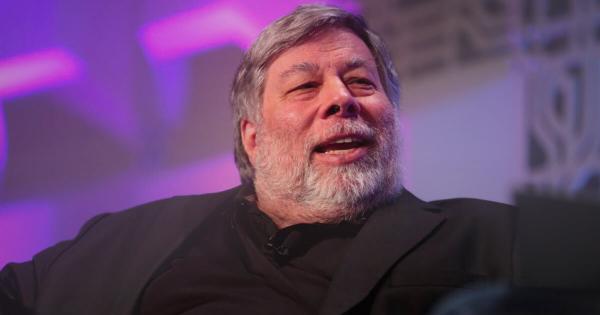 The tech pioneer’s latest project, an Ethereum-based crypto-asset called Efforce (WOZX), is up 102 percent in the past 24 hours as per CoinGecko. The coin currently is the best-performing crypto-asset with a market capitalization of over $10 million, pushing from $1.55 yesterday to $3.25 now.

The coin is trading on HBTC and Bithumb, though some have listed it on Uniswap and 0x Protocol.

With this latest rally, WOZX has a circulating market capitalization of $70 million, making it the 137th largest digital asset. It has a fully diluted valuation of $3.2 billion, which places it amongst the largest cryptocurrencies ever.

Efforce is a marketplace allowing corporate clients to have “green” infrastructure projects funded.

As the website of the project reads, it is looking to be “A revolutionary platform aiming at increasing energy efficiency by allowing everyone to participate and benefit from worldwide energy efficiency projects.”

Efforce is looking to capture the $241 billion global energy efficiency market, which has been driven by the growing desire to tackle climate change and other adverse trends affecting the world today.

Wozniak is listed as a co-founder and engineer at the company. He is joined by a number of other pioneers in clean and green technology.

Those that purchase the WOZX token are basically investing in green projects, per the website.

Wozniak has been following Bitcoin and the broader crypto space for a while.

He told CNBC in 2018 that he “buys into” what Jack Dorsey says about Bitcoin, referencing the Twitter CEO’s thought that BTC will become the internet’s currency:

“I buy into what Jack Dorsey says, not that I necessarily believe it’s going to happen, but because I want it to be that way, that is so pure thinking. Bitcoin is mathematically defined, there is a certain quantity of bitcoin, there’s a way it’s distributed… and it’s pure and there’s no human running, there’s no company running and it’s just… growing and growing… and surviving, that to me says something that is natural and nature is more important than all our human conventions.”

While Wozniak is still a Bitcoin believer, he sold most of his stash at the end of 2017 and 2018.

He said that while he does care about the technology, he does not need the money and saw his Bitcoin investment as more of an experiment than anything.