Analyst: this pattern shows Bitcoin could be bound for a massive July breakout

The past couple of days have been rocky for Bitcoin (BTC), with the benchmark cryptocurrency facing some notable downwards pressure in the time following its recent rejection at $9,600.

It is important to note that the rejection at this level – although bearish over the short-term – may actually throw Bitcoin into a highly bullish long-term technical formation that could result in another major breakout in July of this year.

In order for this pattern to be confirmed, however, it is imperative that the crypto establishes strong support around $6,800 if it sees a significant pullback, as a defense of this level could lead the crypto to enter a bullish accumulation phase.

Bitcoin inches towards $9,000 as the technical situation grows bearish

At the time of writing, Bitcoin is trading down just over one percent at its current price of $9,200, which marks a notable decline from daily highs of $9,400.

Bitcoin’s buyers were able to defend against a drop to $9,100 earlier today, but the bullish response to this level has been tempered.

Because of this, it does appear that a visit down to the BTC’s key short-term support at $8,800 is imminent, which is further supported by technical analysis.

Teddy – a popular cryptocurrency analyst – spoke about this in a recent tweet, telling his followers that BTC is looking relatively weak on its daily chart.

If Bitcoin’s bulls are able to hold it above $6,800 in the case of a strong pullback, this move could be followed by an extended bout of sideways trading that marks an accumulation phase.

TraderXO – another well-respected analyst – mused this possibility in a tweet, saying:

“BTC – The ‘bigger’ picture. If this is one big accumulation phase and the local top is almost in… Then I wont be surprised to see either one of the schematics playing out on btc. The next cycle lows are all for buying imo!”

If this pattern does prove to be valid, then Bitcoin may see a period of range-bound trading until July of this year, which is when the “spring” phase of this pattern could resolve in a massive upwards movement. 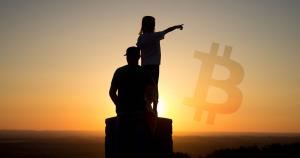 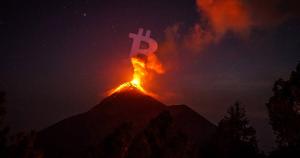