While the Algorand blockchain is already carbon-neutral, the network ultimately wants to become "the greenest of them all." 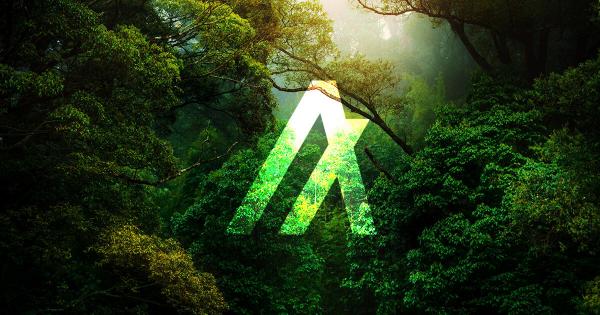 Smart contracts platform Algorand (ALGO) has partnered with carbon offset specialists ClimateTrade to launch a “sustainability oracle” that should help make the blockchain “carbon-negative,” according to an announcement published yesterday.

In celebration of #EarthDay, Algorand pledges to be the greenest #blockchain with news that the network is carbon-negative!

“Algorand is experiencing accelerated adoption and network expansion. As this period of hyper growth continues, we find it crucial to operate at a carbon-negative level. Indeed sustainable growth is way better than growth,” said Silvio Micali, founder of Algorand.

To achieve this goal, the sustainability oracle will notarize Algorand’s carbon footprint and lock the equivalent amount of carbon credit in a so-called “green treasury,” allowing it to run the protocol as carbon-negative.

Going from neutral to negative

Micali also acknowledged that measuring the global impact of a large decentralized network is “nuanced and complex,” thus the blockchain has teamed up with ClimateTrade “to continue and double-down on our eco-conscious efforts.”

“Clean energy and addressing climate change are priorities for the United Nations, global organizations and governments alike. Algorand has a very low carbon footprint to begin with, and we are inspired by the leadership role the organization is taking to ensure the next generation of blockchain adoption is environmentally friendly,” added ClimateTrade CEO Francisco Benefito.

Per the announcement, Algorand’s network is already carbon-neutral due to the fact that it’s based on a proof-of-stake (PoS) consensus algorithm. Unlike energy-intensive proof-of-work (PoW) protocols used by blockchains such as Bitcoin and Ethereum, PoS requires significantly less electricity and computational power.

This is because while PoW-based networks rely on endless calculations made through “brute force” on powerful computers, PoS-blockchains validate new blocks by allowing users to lock up (stake) their tokens and utilize them to help maintain the network.

As CryptoSlate previously reported, the ecological impact of cryptocurrencies and non-fungible tokens (NFTs) is gradually becoming a widely discussed topic. Just yesterday, a startup called Hitch announced its collaboration with artist Daniella Attfield to create an NFT art piece that could benefit the climate.

“Mining cryptocurrency creates a tremendous amount of energy and NFTs use much less— which is why using carbon credits for any art piece should be a requirement, not the exception,” Hitch founder Sky Gilbar said in a statement.

On the other hand, payment processor Square and digital asset manager Ark Invest have recently published a short research report, making an argument that Bitcoin mining can actually help to accelerate the adoption of solar and wind power facilities.