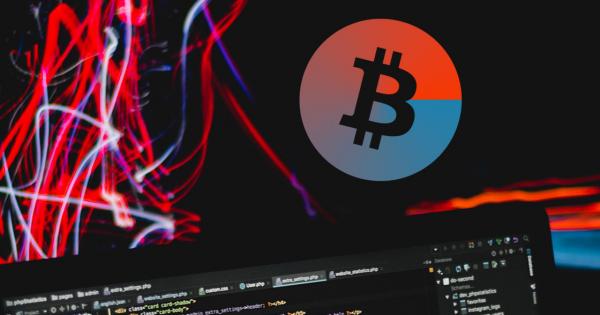 The past couple of days have seen the Bitcoin network go through a huge spike in transaction output activity, reaching almost 25 million BTC on Aug. 21. However, data from TokenAnalyst showed that this could be explained by a sudden rise in the number of addresses sending funds to themselves, with a single Bitcoin address at the heart of it.

The world’s largest cryptocurrency has had a very turbulent week. After a sudden drop, Bitcoin managed to consolidate around $10,000, prompting many to believe something big might be in stock soon.

Data from Blockchain.com showed that the network saw an output of 24.5 million BTC on Aug. 21, an incredible increase from the 966,000 BTC recorded just three days earlier, on Aug. 18.

This is the second-highest transaction output in Bitcoin’s history, as Jan. 24, 2016 saw the highest ever total value of transactions — 38.4 million BTC.

Large spikes in activity often happening before a significant price move, both upwards and downwards.

Change volume responsible for a massive spike in activity

However, several analysts pointed out that the sudden spike in network activity was caused by a single factor. Data from TokenAnalyst showed that the spike in the total value of transaction correlates to an equally significant spike in change volume.

Change volume, or change related volume, is a term used to describe transactions where Bitcoin addresses send funds to themselves. The Bitcoin UTXO model is to blame for this, as it generates another transfer of “change” back to a wallet after each transaction.

Addresses sending funds to themselves is the primary cause with 3AQ4kUjQaDjCjmDh2ojKEHjUKTSi52UUqD at the center of it.https://t.co/qiA5yAk011 pic.twitter.com/rOlfRQ82D7

There are a few different theories about why there was such a huge increase in change volume on the network, but one seems to fit the narrative best. Namely, most of the change volume recorded on Aug. 21 was made by a single Bitcoin wallet. The wallet sent out large outbound transactions, followed by multiple smaller ones to other connected addresses.

While many speculated this was an over-the-counter (OTC) trade, the transactions were most likely connected to the recent acquisition of Xapo. Earlier in August, Coinbase acquired Xapo’s institutional business. The Swiss-based company offers wallet services, including physical storage, and reports have shown that some of Xapo’s largest clients have already started moving their assets to Coinbase.

Mining difficulty could be an indicator for predicting BTC prices.