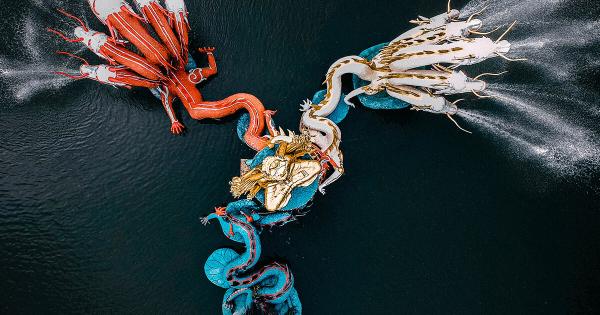 Photo by Tan Kaninthanond on Unsplash

In this, we’ll review Bitcoin’s history, from its first hard fork to the details of Bitcoin Cash’s upcoming three-way split.

In January 2009, Bitcoin creator Satoshi Nakamoto mined the first block of the Bitcoin network–the Genesis Block. He embedded the following into the block:

“The Times 03/Jan/2009 Chancellor on brink of second bailout for banks.”

The late Hal Finney became the first recipient of Bitcoin when he received 10 BTC from Nakamoto.

On May 22, 2010, otherwise known as “Bitcoin Pizza Day,” Laszlo Hanyecz exchanged 10,000 BTC for two Papa John’s pizzas, which represented Bitcoin’s first transaction. To prove that it could be used to buy something, Hanyecz, posted a proposition on a message board.

Although a controversial figure now, Roger Ver was one of the most important people in Bitcoin’s early days. His company, MemoryDealers.com, was the first company to accept Bitcoin. He also invested his money into other Bitcoin ventures. His advocacy helped grow the Bitcoin network and his work earned him the moniker “Bitcoin Jesus.”

Another major player in increasing the value of and interest in Bitcoin was the infamous Silk Road. The online marketplace, known for its many illegal products, was one of the few places where Bitcoin transactions regularly took place, and its many anonymous users helped grow the Bitcoin network. In early January, it hit a new high of $1,100.

On Oct. 12, 2013, Ross Ulbricht, founder and owner of the Silk Road, was arrested. The FBI seized 26,000 BTC, which it later auctioned off. Although the Silk Road was necessary for the growth of Bitcoin, the shady transactions that took place on the darknet are why cryptocurrencies are still associated with crime.

Mt. Gox was once the world’s biggest Bitcoin exchange, handling over 70 percent of all transactions. In February 2014, it was reported that the exchange had lost around 850,000 BTC, almost 7 percent of the total 12.4 million BTC in circulation at that time.

The nearly $500 million in lost funds led to a 40 percent decrease in BTC value from February to March. It finished the year trading in the mid-$300 range after starting the year at $770.

In 2017, the big question regarding Bitcoin was how to best scale its network. With the goal of one day using Bitcoin for everyday transactions, its slow transaction speed was bound to be a major problem.

The two main sides of this debate were to either increase the block size or implement Segregated Witness (SegWit). By increasing block size, one side argued, each block could hold more data, increasing its transactions per second capability. However, the downside of such a proposition would be the increased size of the blockchain.

An increased blockchain would require more bandwidth and hard drive space, making it more expensive to run a node. With fewer nodes to verify a transaction, the bigger block proponents argued that the network would become more centralized.

Those against increasing block size argued for the implementation of SegWit. SegWit would increase transaction capability by splitting the transaction data from the signature, then compressing the signature, allowing more data to fit in the 1MB blocks. However, the fact that many of the developers proposing SegWit worked for Blockstream drew suspicion.

On May 23, at Consensus 2017, a group of companies signed an agreement to implement SegWit2x, a compromise between the two groups.

Despite the agreement, a hard fork occurred on Aug. 1, 2017, creating two separate ledgers, Bitcoin (BTC) and Bitcoin Cash (BCH). Bitcoin Cash increased the block size from 1MB to 8MB and was championed by prominent figures like Roger Ver, Jihan Wu and Craig Wright.

The other chain, Bitcoin, implemented SegWit through a soft fork shortly after the split. It’s impending hard fork to SegWit2x was ultimately called off.

Since the split, it has been a vicious battle between supporters of Bitcoin and Bitcoin Cash. Ver, once the champion of Bitcoin, has adamantly fought to spread Bitcoin Cash as Nakamoto’s true vision. With their deep pockets, Wu and Ver have also been accused of manipulating the two markets.

While Bitcoin supporters are generally indifferent toward BCH, with a small minority hoping that it eventually goes to zero, Bitcoin Cash advocates hope for a “flippening,” where users migrate to Bitcoin Cash and it displaces Bitcoin as the top cryptocurrency.

Although Bitcoin Cash was at one point as high as 0.244 BTC, it has since fallen below 0.1 BTC. Compared to its all-time high, Bitcoin Cash has lost 88 percent of its value while Bitcoin has dropped over 70 percent.

It’s unclear if Bitcoin Cash can recover to close the gap with Bitcoin. Bloomberg reported that the number of vendors using Bitcoin Cash has steadily been decreasing and the negative press surrounding Bitmain’s IPO has largely focused on its enormous but mostly illiquid BCH funds. It also now appears that Bitcoin Cash is headed for a hard fork.

A schism is starting to grow between the leaders of Bitcoin Cash. It now seems more likely than not that there will be three different Bitcoin Cash chains. With the split is a dispute between two main factions–Bitcoin ABC and Bitcoin Cash Satoshi’s Vision (SV).

Bitcoin ABC is the team behind the original Bitcoin/Bitcoin Cash fork. Wu and his $15 billion Bitmain support this fork.

They have finished making revisions to the current BCH code and plan to hard fork on Nov. 15, 2018. With their fork, blocks will be 32 MB and the consensus changes will include:

On the other hand, Calvin Ayre and Craig Wright have announced their plans to fork to Bitcoin Cash Satoshi’s Vision. BCH SV will not have the consensus changes planned by Bitcoin ABC and will have 128 MB blocks.

It remains to be seen which faction Ver will ultimately support as he is a friend to all three.

This disagreement is significant as Ayre’s Coingeek is responsible for over a third of Bitcoin Cash’s hash power while Wright has been an important figurehead for the BCH movement. The situation is further complicated by Bitmain’s upcoming IPO.

The two chains are incompatible and bad blood is already starting to spew.

Although the two factions are in disagreement now, there is still time to reconcile their differences before the hard fork in November. From an outside perspective, it would make sense to compromise, as three BCH chains would weaken each of the resulting chain’s hashing power and decrease their chances of ever supplanting Bitcoin.

However, Ethereum co-founder Vitalik Buterin disagrees. Instead, he sees this as the perfect opportunity to oust the self-proclaimed Nakamoto.

The BCH community should NOT compromise with Craig Wright to "avoid a split" and should embrace it as an opportunity to conclusively ostracize and reject him. Bitcoin Craig (BCC) can go take the ticker symbol from the now-defunct cryptocurrency to which it is a fitting successor.

While some Bitcoin Cash holders may be unsure of which side to support, Bitcoin supporters are thoroughly enjoying the BCH in-fighting. It will be interesting to see what the ultimate solution to this disagreement will be.