65% of working Americans are willing to be paid in Bitcoin, Ethereum, and Dogecoin Ana Grabundzija · 9 months ago · 2 min read
News › U.S.› Adoption

A recent survey examined how Americans perceive Bitcoin as a new form of workplace compensation and offered interesting insights into the psychological complexity behind the racing crypto adoption. 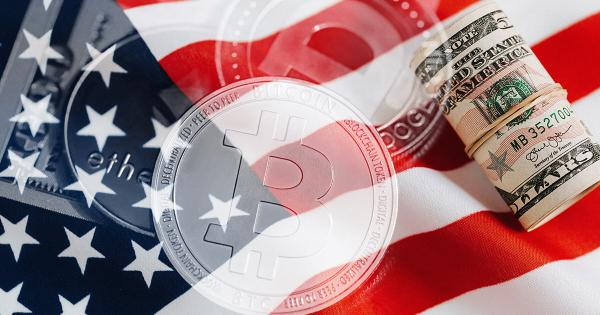 To explore how Americans view cryptocurrencies as a form of workplace compensation, research and survey firm Skynova spoke to more than 1,000 working professionals, including 797 employees and 205 managers.

The survey was sent to investigate the general attitude and explore to what extent working Americans are willing to be paid in Bitcoin and other cryptocurrencies. Do they perceive it as a perk and would they quit their job to pursue one that offered this type of compensation?

65.5% of employees responded they would be at least somewhat willing to receive compensation in cryptocurrencies, with just over 28% even classifying themselves as “very willing.”

The employees’ demography surfaced as an important factor since the survey revealed that 63% of millennials view compensation in crypto as a perk.

Fewer than 10% rated the idea of their employers starting to offer salaries in crypto as “very bad.”

Almost a third of the respondents said that they would quit their current job to pursue another that offered crypto compensation, although if their current employer started doing so, 42.2% would quit.

Such an attitude suggests that employees are more eager to pursue new forms of compensation on their own, as opposed to it being imposed on them. 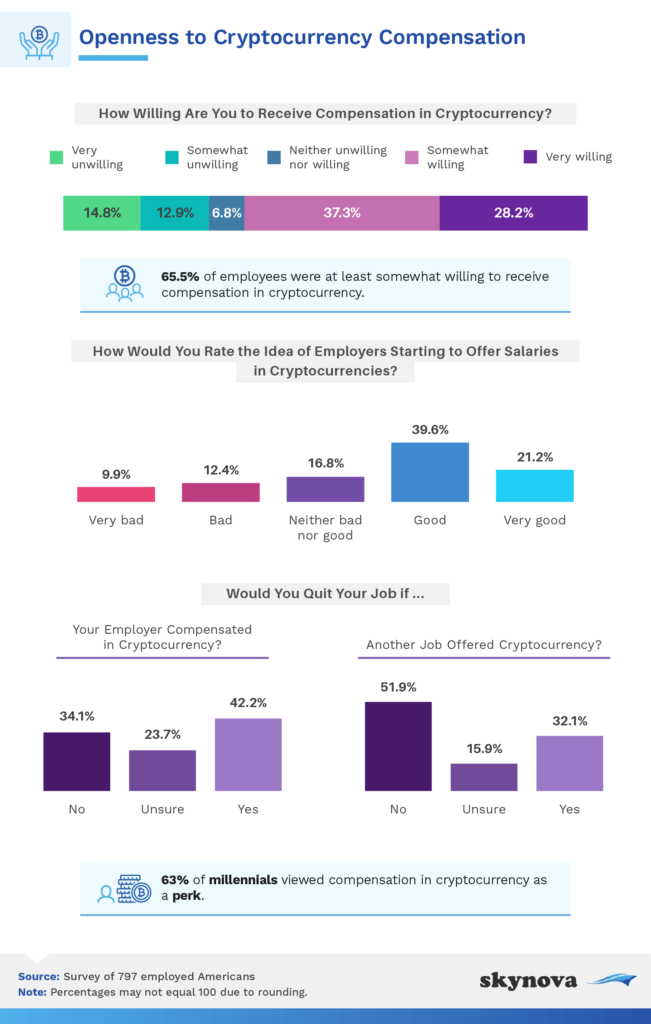 When asked which crypto they would like to see on their paychecks, the majority of working Americans (74.3%) sided with Bitcoin (BTC), followed by Ethereum (ETH) and Dogecoin (DOGE).

According to the survey results, the top benefit to being paid in crypto is the belief that it’s the future of currency, while other commonly perceived benefits to crypto compensation included the potential for financial gains and the diversification of income.

The top perceived drawbacks of compensation in crypto surfaced to be market volatility, the potential for financial losses, and limited acceptance.

The majority of hiring managers are willing

More than 200 of the respondents were managers, often in charge of hiring and compensation decisions.

With more than 77% of hiring managers saying they are at least somewhat willing to compensate their employees in crypto, these higher-ups surfaced as more likely to sign off on a crypto paycheck than employees were to receive it.

Where hiring was concerned, cryptocurrency also played a heavy role, since 48.3% of those in charge of hiring employees reported typically looking for cryptocurrency experience.

When screening potential candidates, managers of small and large companies alike often looked for crypto experience, while midsize companies with 50 to 249 employees were in fact looking for this type of experience more often than not.