The new schools constructed will support the cryptocurrency expansion in the nation and assist in educating the locals about the essentials of cryptocurrency trading. 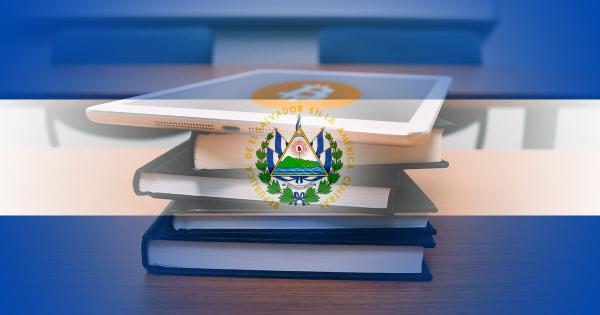 El Salvador is planning a new creative endeavor to boost its Bitcoin-related transactions in the nation. The country is planning to build 20 new Bitcoin schools under their “My New School” program.

As per El Salvador’s president Nayib Bukele, the surplus derived from the State’s Bitcoin Trust will be utilized in building these 20 schools to strengthen crypto infrastructure in the country.

The government has decided to use the surplus from its State Bitcoin Trust which at present holds approximately 1,120 Bitcoin.

Bukele’s spokesperson has also stated that the additional profits derived will be directed towards building the schools only and none of the Salvadoran taxes will be used for this particular undertaking.

The plan to construct 20 new schools will be a part of  El Salvador’s original plan to establish 400 schools to educate the public and strengthen the educational sector of the country. The country has also acquired sizable funding of $200 million from the Central American Bank for Economic Integration (CABEI) to enhance its educational services in the country.

Previously, the El Salvadoran government had also announced its plan to spend $4 million from the Bitcoin Trust to construct a new veterinary hospital in the nation.

El Salvador BTC, a Twitter handle that has been actively tracking the country’s Bitcoin purchases and earnings, has revealed that the country has made roughly $12 million in profits so far when the prices of Bitcoin maintained a steady pace and traded at  $53,062.