The privacy-focused Zcash has become the next digital currency to have a “friendly” network split, with Bitcoin Gold being the first. 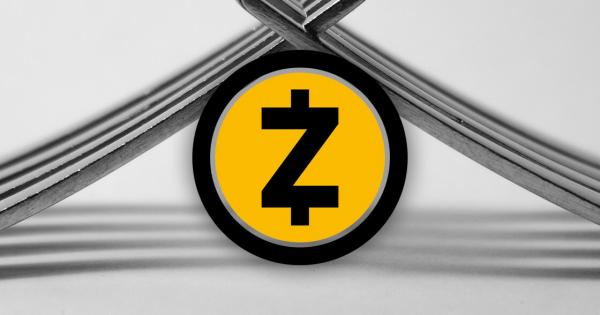 The privacy-focused Zcash has become the next digital currency to have a “friendly” network split, with Bitcoin Gold being the first. Announced earlier this year, the fork saw the network split into two almost identical cryptocurrencies–Zcash and Ycash. The two will act as competitors but maintain that the split was done in good faith and that there was no animosity between their respective communities.

Zcash, the privacy-focused cryptocurrency that started as a fork of the Bitcoin blockchain in 2016, has made history by becoming the first cryptocurrency to have a “friendly” network split. According to a tweet posted by the Ycash Foundation, the official fork took place on July 19, when the first Ycash block was mined.

The first #Ycash block was mined at 7:36:51 PM PDT. In addition to the coinbase transaction, there were 3 other transactions in the block, one of which was shielded. Congratulations again to Luxor Mining Pool (@LuxorTechTeam) for mining the first block! https://t.co/TObwkqFsn6

The Ycash Foundation, which was established earlier this year, is tasked with ensuring that the Ycash blockchain remains separate from Zcash and the Zcash Foundation. Howard Loo, one of Zcash’s biggest supporters, spearheaded the effort to separate Ycash into a distinct blockchain.

The fork will “restore a goal” of mining on commodity hardware, the Foundation said. Enabling mining on traditional CPU and GPU miners will add to the decentralization of the network, it said in its blog post, adding that enabling only ASIC miners to work on the network would essentially make it entirely dependant on one large hardware manufacturer–Bitmain.

Apart from the mining issue, the fork will also fix another contended issue within Zcash – the network’s developer funding system called the “Founder’s Reward.”

Loo wrote in a Zcash forum post earlier this year:

“We are also launching Ycash to uphold a promise – that the Zcash Founders Reward would be forever capped at 2.1 million coins – that we fear will come under increasing pressure between now and the expiration of the Founders Reward in October 2020.”

While blockchain forks aren’t anything new in the crypto industry, the fact that Zcash and Ycash managed to split without starting an outright war between their respective community members is nothing short of miraculous.

Few could forget the bloody “hash war” that was led for months between proponents of Bitcoin Cash’s two most recent forks–Bitcoin ABC and Bitcoin SV.

But, thanks to its relatively low profile and a tight-knit community that keeps the blockchain’s interests sacred, Zcash managed to avoid all of that drama and fork peacefully.

Howard Loo, who many believe was the one who initiated the split, even said that he will continue to hold Zcash. He added that he was rooting for a future in which both coins will achieve “widespread adoption.”

Update @ 2:30 am Pacific time: an earlier version of this article states Zcash was the first crypto to undergo a friendly fork, when in fact, Bitcoin Gold was the first.