Yuga Labs collected $450 million of funding in their first seed round, which increased their total valuation to $4 billion. Yuga Labs team announced that this money will be spend on building their new game-based metaverse. 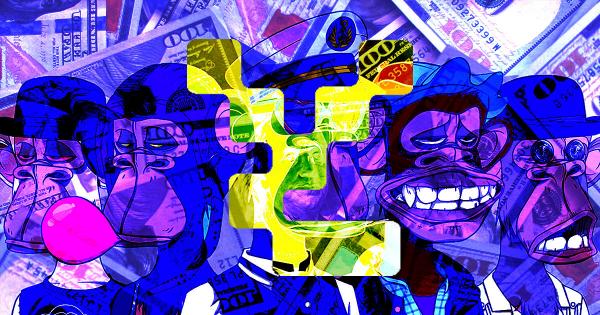 Yuga Labs have been keeping the headlines busy for the last couple of weeks. After acquiring two new NFT collections, BAYC creators also announced their plans to build a new game-based metaverse.

Today, Yuga Labs announced that they collected $450 million at their seed funding. Andreessen Horowitz’s a16z crypto fund led the round. Game studio Animoca and its subsidiary The Sandbox; investment firms LionTree and Thrive capital and big crypto players like FTX and MoonPay also participated in the founding.

According to the Yuga Labs team, the amount they collected is the biggest valuation for a seed round investment. Additionally, the company confirmed that this capital would be spent to build their game-based metaverse and scale the team.

With the funding, Yuga Labs also gains a new board member. In addition, the team also announced that A16z’s general partner Chris Lions would be joining the Yuga Labs’ board. Commenting on this collaboration and their investments, Lions said:

“Mainstream adoption in web3 is accelerating at lightning speed, and Yuga is at the forefront of merging culture and innovation for everyone to enter the metaverse. We’re thrilled to invest in this brilliant team and their vision, and help forge the next frontier of community-owned entertainment.”

The primary goal of the Yuga Labs teams is to build a new metaverse around all their NFT collections. The team announced their plans in detail at the beginning of the funding round, and now they can put them into action. Talking about their future vision, CEO of Yuga Labs Nicole Muniz said:

“Already, a new economy is possible with the IP of Apes, Punks, and Meebits, owned by the community. The possibilities for blockchain’s impact on culture are endless, and so we are building a beautiful, interoperable world for people to explore and play in. There’s a lot to come.”

The company released a teaser on its social media accounts a few days ago with the caption “see you on the Otherside in April.”

See you on the Otherside in April. Powered by @apecoin pic.twitter.com/1cnSk1CjXS

The video follows a Bored Ape through a world where Bored Apes and Mutant Apes co-exist together with the recently acquired CryptoPunks and Meebits. This post is assumed to be a teaser of the company’s new metaverse, which, judging by the caption, will be called Otherside and is planned to launch in April.

Co-founder of Bored Ape Yacht Club Wylie Aronow described their visions for the Otherside. He said:

“We hope to create an interoperable world that is gamified and completely decentralized. We think the real Ready Player One experience will be player run.”

Greg Solano, Co-founder of Yuga Labs, mentioned that social experiences are a lot more valuable when people play together rather than just casually chatting. He said:

“You only play with people and make friends because you’re getting your ass kicked. Basically, we don’t think deep social experience comes from essentially a Zoom chat and walking around saying ‘hi.’”