After adding two new NFT collections to their ecosystem, Yuga Labs announces their goal for 2022 as a game-based metaverse MetaRPG. Their new world also leads to a new currency from Yuga and more metaverse real-estates. 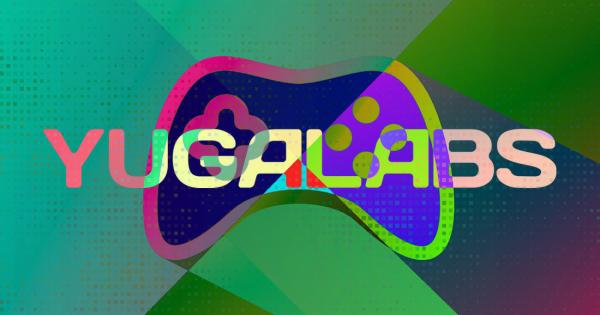 BAYC sales surged within 2021 and reached more than a $1 billion market cap, including the sales on the secondary market. Yuga Labs made $127 million in net revenue last year and is also expecting to receive around $5 billion in funding.

Their plan for next year is to expand Larva Labs’ scope to create a larger NFT community and diversify their revenue beyond selling Ape-based NFTs. Representatives of the company stated:~

“We want to build something that expands the universe of the BAYC, but also invites the larger NFT community (and those priced out of BAYC membership) to join,”

Last week, Larva Labs took their first step in expanding beyond the Apes by acquiring the property rights of  CryptoPunks and Meebits.

This week, the team announced their plans for stepping into the metaverse world. In their pitch deck, Yuga Labs introduced their game-based metaverse design called MetaRPG. Being passionate MMORPG fans themselves, it is likely that the Yuga Labs team will pour their hearts and souls into their new metaverse.

We're gamers at heart. We grew up obsessed with MMORPGs, teaming up with strangers to get at rare items hidden away in dungeons. The metaverse is very real to anyone who lost years of their life (and made lifelong friends) in World of Warcraft,

According to the pitch deck, the new metaverse is designed to have several features to make this gaming world a success.

First of all, the MetaRPG world is designed to be compatible with host NFTs. These NFTs will be sold and exchanged through a system described by the team as an “in-game app store.” Users will be able to purchase their  NFT characters, which they will own from scratch. They will also have access to a rich library of outfit and game item NFTs from the same store.

Not to be confused with similarly named tokens, Yuga Labs do not have their native token. At least for now.

During the pitch deck, the Yuga Labs team announced that they would be providing a currency for the MetaRPG world. With that, they said that they would finally be creating their much-rumoured token named APECoin. This coin will be designed to aid the NFT purchases primarily, but the team also said they will also encourage “trading and bartering.”

Land sales consist of the first step of the launch of MetaRPG. The sales are planned to take place on two separate sales, which will take place in March and August of 2022. A total of 200,000 plots will be distributed in these sales, and Yuga Labs is anticipating raising $178 million in each. When the secondary sale processes are included, the total amount reaches up to $455 million, about 3.5 times Yuga’s 2021 net revenue.

The land plots will be sold in NFT forms which will be linked to the actual plots in the MetaRPG map. Each plot is designed to carry unique characteristics such as natural resources, artifacts, and even surprise rare characters.

Yuga Labs also leaked their partnership with Animoca Brands without spearing further details. So the only thing the community knows for now is that Yuga and Animoca are working on a KYC process, probably for the MetaRPG project.

This has been building over the last seven months. @AnimocaBrands will launch the first phase, and there’s more to come. P.S. we don’t like KYCs either, but we think you’re going to want to be a part of this.